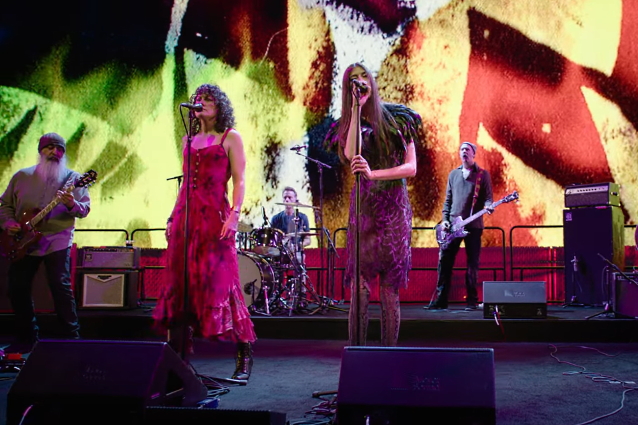 Video of 3RD SECRET, the new band featuring SOUNDGARDEN guitarist Kim Thayil, NIRVANA bassist Krist Novoselic and SOUNDGARDEN and PEARL JAM drummer Matt Cameron, performing the song "I Choose Me" in March at the Museum Of Pop Culture in Seattle can be seen below.

Novoselic hinted at 3RD SECRET's existence in February, writing in a since-deleted tweet: "I am really busy trying to finish a record. In the middle of some hangups — looking for a mid-March release. But it's a secret, so don't tell anybody!"

Thayil recently expressed his hope that he would re-team with his former bandmates on a new project. "I think the three of us have an interest in doing new things," he said of Cameron and SOUNDGARDEN bassist Ben Shepherd. "We certainly like working together."