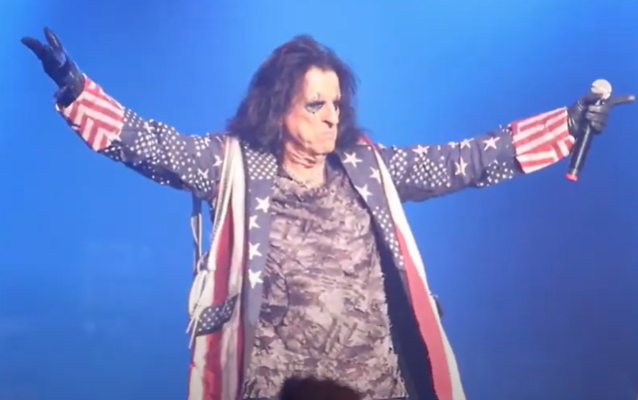 Fan-filmed video of Alice Cooper's September 25 concert at Soldiers And Sailors Memorial Auditorium in Chattanooga, Tennessee can be seen below.

Cooper played his first show with guitarist Kane Roberts since 1988 on September 7 at the kick-off of his fall U.S. tour at the Wind Creek Event Center in Bethlehem, Pennsylvania.

Kane's return to Alice's touring band was first reported as a rumor by the Metal Sludge web site on July 11. He stepped in as the replacement for Nita Strauss, who announced her departure from Cooper's group two months ago after an eight-year stint. Nita has since joined the backing band of pop star Demi Lovato.

Alice announced his renewed collaboration with Kane in a social media post in July. He wrote: "I'm looking forward to welcoming back Kane Roberts for our shows in September and October. We've been friends all this time, and he's always been one of my favorite guitarists. He's bringing more muscle to the 'Detroit Muscle' tour.

"We've always had a swinging door policy where players can come and go, so it's very exciting to get back on stage with Kane. The fans are in for a real treat at these shows. It's gonna be a blast. Kane Roberts, Ryan Roxie, and Tommy Henriksen on guitars? Hell yeah!"

Kane has recorded a total of five solo albums (among them the PHOENIX DOWN project released in the late '90s),including his latest, "The New Normal", which arrived in January 2019 via Frontiers Music Srl. "The New Normal" contained the song "Beginning Of The End", featuring a guest appearance by Alice.

Kane's name and abilities first came to prominence on Cooper's "Constrictor" album, which was soon followed by his self-titled debut solo album in 1987. More albums and tours with Alice followed, making Kane a well-known face in the business especially for his guitar skills, but also for his body-builder image and his now iconic machine-gun guitar.

In recent interviews, Strauss has said that the door is not closed on her return to Cooper's band at some point in the foreseeable future.

"There's no shutting of a door and changing of the guard, it's just I'm taking a step back a little bit," Strauss told Louder. "Depending on what the schedule looks like next year, I may have the chance to come back; I may not. But it definitely doesn't feel as final to me and to the people in Alice's band and the inner circle as it has been portrayed out in the world."

For his part, Roberts has said that he is not opposed to continuing his current stint with Cooper past the fall 2022 tour. "Well, I do want to record and sing with him," he told Vinyl Writer Music. "Right now, it's five weeks … there's a sort of a semblance of perfection in that, right? It has a beginning and an end to it. But if it evolves past that, there will be reasons why it should, and if it doesn't, then there will be reasons why it shouldn't." 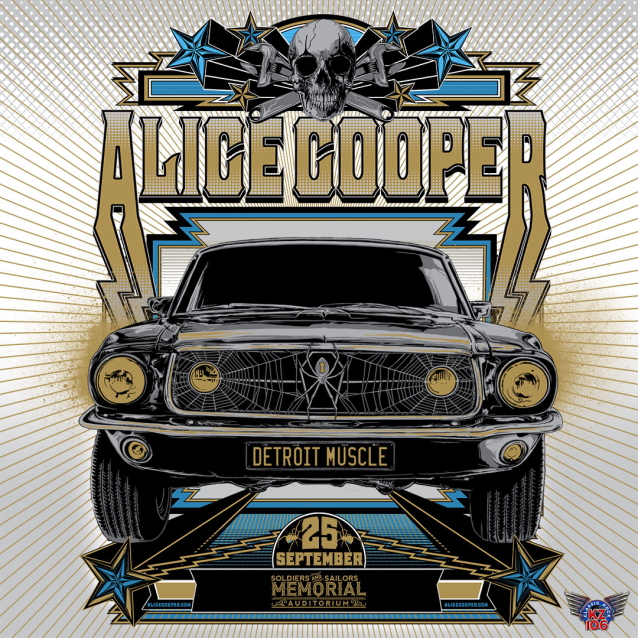