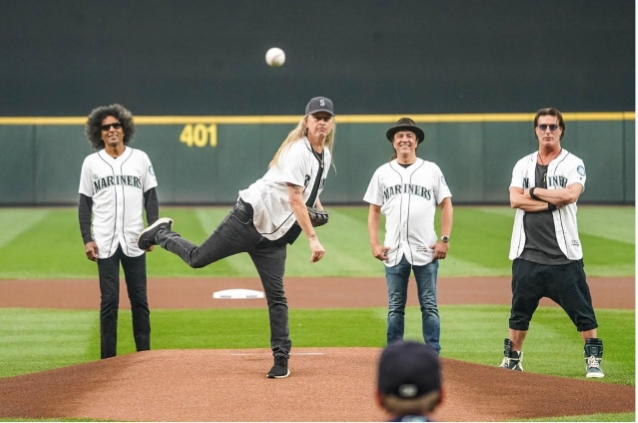 The Seattle Mariners hosted an ALICE IN CHAINS night yesterday (Monday, August 20) during their game against the current World Series champions, the Houston Astros. As part of the event, which celebrated the release of the band's new album, "Rainier Fog", the members of ALICE IN CHAINS threw the first pitch.

A video report, including a short interview with guitarist/vocalist Jerry Cantrell and frontman William DuVall, can be seen below (courtesy of Root Sports).

Over the course of the past several weeks, the band has given fans a few sneak previews of "Rainier Fog", releasing "Never Fade", "So Far Under" and "The One You Know". All three songs are available as instant downloads by clicking pre-ordering "Rainier Fog" ahead of its August 24 release date.

The album will be available digitally, as well as on CD and limited-edition double 180-gram clear LP with white and black splatter available only from the band's online store.