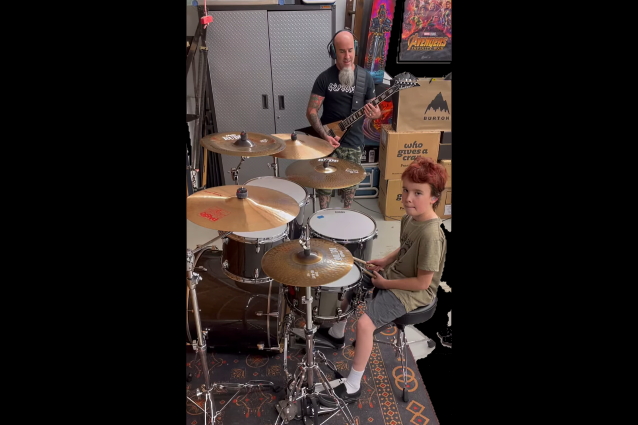 ANTHRAX guitarist Scott Ian was joined by his 10-year-old son Revel Young Ian on drums as they performed a rendition of the SEPULTURA classic "Territory" for an Instagram video which Scott shared earlier today (Tuesday, February 8).

Scott captioned the video: "WAR FOR TERRITORY!!! Garage-jamming this crusher with my hard-hitting man Rev. The whole thing will be up on YouTube soon."

Scott previously shared a video of him and Revel performing another SEPULTURA song, "Roots Bloody Roots".

Revel is apparently a gifted multi-instrumentalist who previously joined the FOO FIGHTERS on stage in September 2019 at the Bourbon & Beyond festival in Louisville, Kentucky to perform "Everlong" on guitar when he was just eight years old.