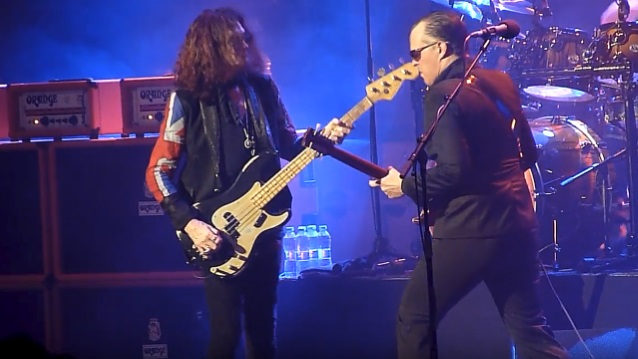 Just like its three predecessors, "BCCIV" was overseen by Kevin Shirley, whose catalogue of hit records for LED ZEPPELIN, IRON MAIDEN, AEROSMITH, JOURNEY and THE BLACK CROWES has made him one of the hottest producers that rock music has to offer. Shirley, who originally had the idea of putting Hughes and Bonamassa in a band after seeing them jamming together onstage in Los Angeles back in November 2009, is the group's unofficial "fifth member."