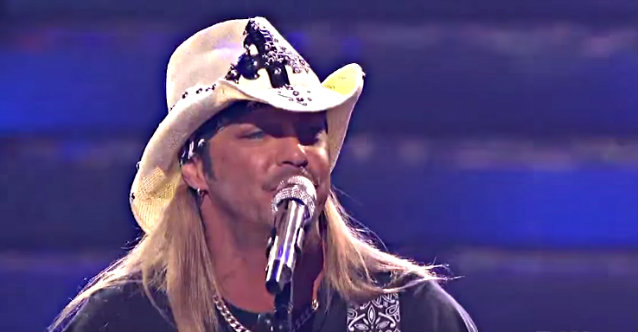 Fan-filmed video footage of Bret Michaels performing POISON hits with his solo band on March 17 at the Corbin Arena in Corbin, Kentucky can be seen below.

POISON has released seven studio albums and 28 singles. Their debut album, "Look What The Cat Dragged In", is certified triple platinum by the RIAA. The band’s most successful album, "Open Up And Say… Ahh!", is certified five times platinum in the U.S., and four times platinum in Canada. The album saw four hit singles, with three cracking the top 10 on the Billboard Hot 100 chart including number one hit "Every Rose Has Its Thorn". POISON has sold over 50 million albums worldwide, with ten Top 40 hits, six of those reaching the Top 10 on the Billboard chart. 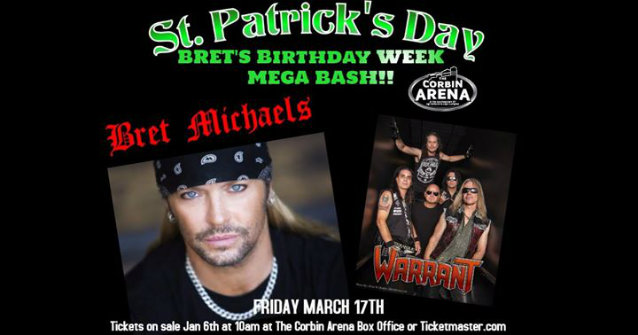