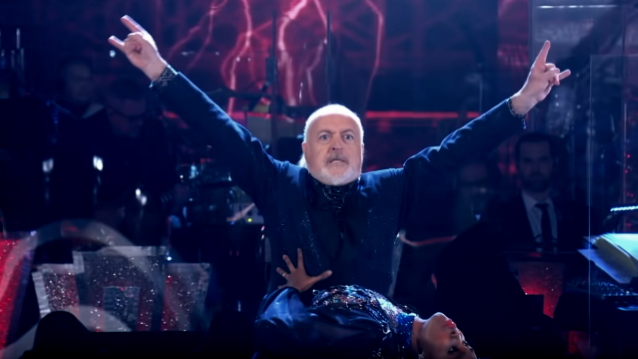 Bill and Oti's tango dance included him playing air guitar at one point, with computerized image of an electric guitar on stage.

The judges were mostly impressed with the performance, with Shirley Ballas saying: "I am very much a heavy metal fan. I think you have an epic attitude, but, unfortunately, there were some balance issues and some footwork was unacceptable. I give you 12 for your attitude, but it fails a little bit for me." She gave them 7 points.

Motsi Mabuse said: "Epic in some ways. You make it yours. That was so entertaining. What did I just watch?" She gave them 8 points.

Craig Revel Horwood said: "Is the tango ready for Bill Bailey? You are always a surprise. I loved that." He gave them 8 points.

The METALLICA classic, which was played by the "Strictly Come Dancing" band led by David Arch, was Bailey and Mabuse's second dance of the night, having impressed earlier on in the semi-final with their dance to 1902 song "(Won't You Come Home) Bill Bailey".

Bill originally announced during the results show on December 6 that he would be dancing to METALLICA's 1991 hit.

Bailey is a noted METALLICA fan, having previously covered "Enter Sandman" on musical horns at Sonisphere festival in July 2011.

Arch's rendition of "Enter Sandman" was praised by Twitter users, with one with one viewer commenting that it looked as if the musician was "living his best life." Another Twitter user referred to Arch as a "guitar hero," while other viewers commended the band's versatility.