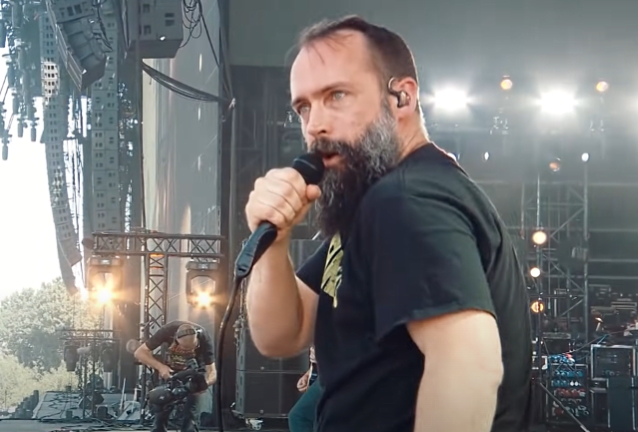 Maryland rockers CLUTCH performed a brand new song, apparently titled "Strive For Excellence", during their first fan-attended live concert in 21 months, which took place September 5 at the Alaska State Fair in Palmer, Alaska. Video footage of the performance can be seen below.

CLUTCH drummer Jean-Paul Gaster recently told the Chicago-based webzine Metal Kaoz that he and his bandmates have "written a lot of songs" in the last year for the follow-up to 2018's "Book Of Bad Decisions" LP. He said: "We've been writing now for our new album that we will record in the fall, and I think we're spending more time than ever in the studio, just trying out different ideas. And most of the ideas don't ever really make it to the end; we try 10 things and we keep one.