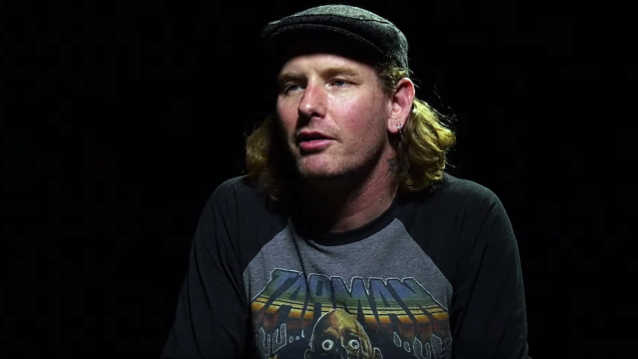 A one-minute video in which SLIPKNOT and STONE SOUR frontman Corey Taylor discusses his favorite big-screen adaptations of Stephen King's work can be seen below. The clip is taken from the "Corey Taylor Collector's Edition" of the documentary "In Search Of Darkness", which will be released in November.

Available for one month only, this unique collector's edition is a must-buy for fans of Taylor and '80s horror films. In this special edition, Corey is joined by '80s icons, modern horror greats, and popular horror influencers as he guides you through the most complete retrospective documentary of the genre ever made.

This limited run of "In Search of Darkness" features all-new additional content from Corey, including new segments for each year (1980-1989) where he reveals his favorite horror moments, and comes packed with unique collectibles that you won't find anywhere else.

Corey is joined by more than 45 contributors, including John Carpenter (director; "The Fog", "The Thing", "They Live", "Prince Of Darkness"),Heather Langenkamp (actor; "A Nightmare On Elm Street" franchise),and Doug Bradley (actor; "Hellraiser" franchise).

Each of the contributors gives their unique take on the genre and the films they were involved with. This is your opportunity to go behind the scenes with '80s icons to learn how your favorite '80s horror films were made.

Pre-order now to personalize your documentary with your name in the credits.

* The most comprehensive documentary on '80s horror ever made, clocking in at more than 280 minutes (DVD or Blu-ray) and featuring more than 45 contributors.

The "Corey Taylor Collector's Edition" is only available until midnight Halloween and will never be streamed or put up for sale again. This is your one chance to purchase this documentary. 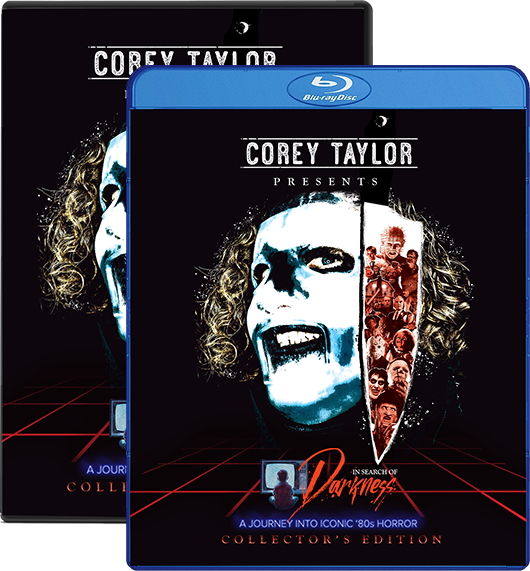