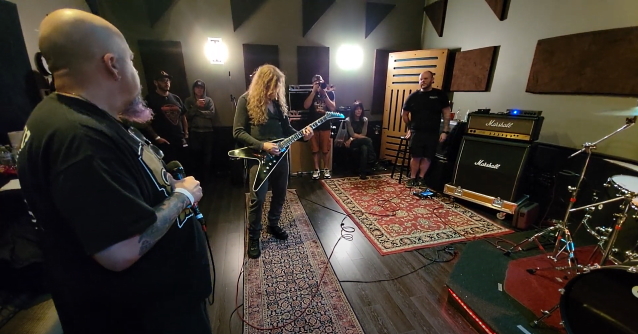 Video footage of Dave Mustaine performing the MEGADETH classic "Holy Wars... The Punishment Due" with several campers at last month's Rock 'N' Roll Fantasy Camp in Deerfield Beach, Florida can be seen below.

Toby Guidry, who uploaded the video to YouTube, wrote in a message accompanying the clip: "My RRFC band jamming with Dave Mustaine on Holy Wars. This was the second take since some of us were a little too excited on the first run, so he wasn't happy with it. He graciously asked to do it again."