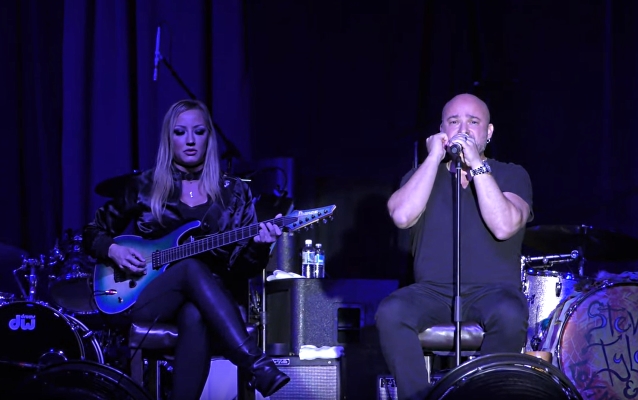 DISTURBED frontman David Draiman and ALICE COOPER guitarist Nita Strauss joined forces to perform stripped-down versions of SIMON & GARFUNKEL's "The Sound Of Silence" and DISTURBED's "A Reason To Fight" at Shep Gordon's annual charity jam on December 31 at Wailea Beach Resort in Maui, Hawaii. Video footage of the performance can be seen below (courtesy of YouTube user "Howard Dinits").

The cheapest ticket to the event was $675, though the average price was over $1,000. The performers do not make "one penny" off the concert, Gordon said.

Marlene Rice, development director for the food bank, said the food bank provides meals for more than 10,000 people a month, with 40 percent going to children.

"Every penny that comes into this event is utilized for people who are food insecure," Rice said, accordint to The Maui News. "This is probably the largest donor the Maui Food Bank has, and we're so grateful for what they do."