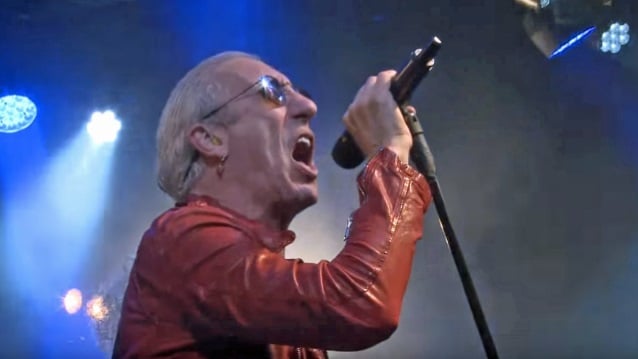 TWISTED SISTER frontman Dee Snider returned to Broadway on Monday, April 9, joining the company of "Rocktopia" at the Broadway Theatre. Last seen in "Rock Of Ages", Snider will bring down the house through April 15 as he sings his band's classic "We're Not Gonna Take It". In keeping with the theme of "Rocktopia" — a seamless blending of classical music and face-melting rock — Snider's tune is also given an instrumental twist performed by violinist Máiréad Nesbitt and guitarist Tony Bruno. TheaterMania was on hand for his first performance and has posted the video clip below.

An explosive concert event that fuses the most iconic 20th-century rock with world-renowned classical masterpieces, "Rocktopia" features the works of musical innovators across centuries — including JOURNEY, Mozart, QUEEN, Beethoven, AEROSMITH, Handel, LED ZEPPELIN, Tchaikovsky, U2, HEART, Puccini, THE WHO and more — performed by an elite lineup of vocalists, a five-piece rock band, a 30-person choir, and a 20-piece orchestra.

Known for his glam-rock style and larger-than-life persona, Snider became lead singer of the metal band TWISTED SISTER in 1976 and wrote the massive hits "I Wanna Rock" and "We're Not Gonna Take It". He returns to Broadway following his lead performance as "Dennis" in the Tony-nominated smash "Rock Of Ages", which featured both of the above hit songs. His film acting credits include the cult horror movie classic "StrangeLand", which he also wrote, and VH1's "Warning: Parental Advisory", with Jason Priestley and Mariel Hemingway. His many television appearances include three seasons of "Celebrity Apprentice", CMT's hit reality show "Gone Country" and his own A&E reality show "Growing Up Twisted". His eclectic music career began in high school when he was selected as one of the three hundred best voices on the Easter Seaboard and made a member of the All State Choir. It has also spawned a nationally syndicated radio show "House Of Hair" which is heard on more than 200 stations in North America as it celebrates twenty years on the air; "Van Helsing's Curse", a concert that features a five-piece rock band, a six-piece choir, and six-piece string section; and the original musical "Dee Snider's Rock & Roll Christmas Tale".

An inaugural performance of the show, "Rocktopia: Live From Budapest", produced by Two Hands Entertainment/Jeff Rowland, was recorded in front of a live audience in June 2016 at the 19th century Hungarian State Opera House for PBS. It was performed with the Budapest Philharmonic Orchestra with six vocalists, a five-piece rock band, the Hungarian State Opera Chorus, and the Jazz And More Choir. "Rocktopia" has since toured over 20 cities in the United States, featuring local symphonies and choirs across the country. 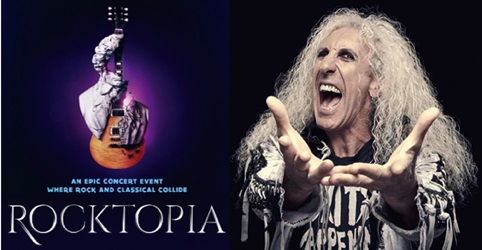