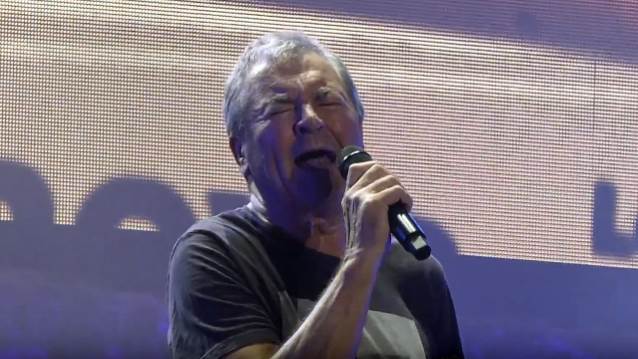 Fan-filmed video footage of DEEP PURPLE's July 9 concert at Arena Di Verona in Verona, Italy can be seen below.

DEEP PURPLE and JUDAS PRIEST will embark on a co-headlining North American tour this summer. Produced by Live Nation, the outing will kick off August 21 in Cincinnati, Ohio and visit 25 cities across the U.S. and Canada before wrapping September 30 in Wheatland, California.

DEEP PURPLE's latest studio album, "inFinite", was released in April 2017, via earMUSIC. Produced by the legendary Bob Ezrin (PINK FLOYD, ALICE COOPER, KISS), "inFinite" featured 10 new tracks recorded with no musical boundaries in the spirit of the '70s. The rock pioneers have released five studio albums since 1996, augmented by an abundance of solo work and special projects.

Asked if he thinks this will be the final lineup of DEEP PURPLE, Glover told Metal Talk: "I think the last twenty-three years has been the most consistent period in the band's history. The only one change was [the addition of] Don, and that was a friendly change. Jon left. And so, yeah, I can't envisage… I mean, we don't envisage anything. We don't actually plan much for the future. The future will take care of itself — I kind of like that phrase. Steve said, 'I may not be the first guitarist in PURPLE, but I'd like to be the last.' Which is a lovely thing to say. And I feel the same way. I may not be the first bass player, but I'd like to be the last." 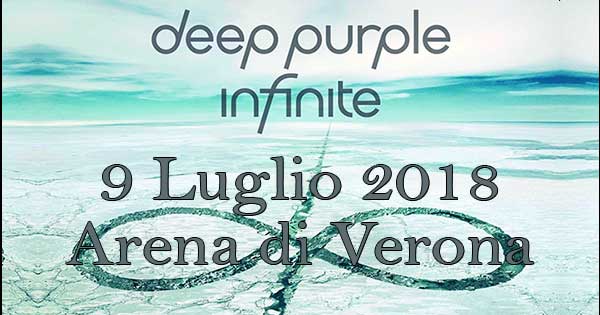