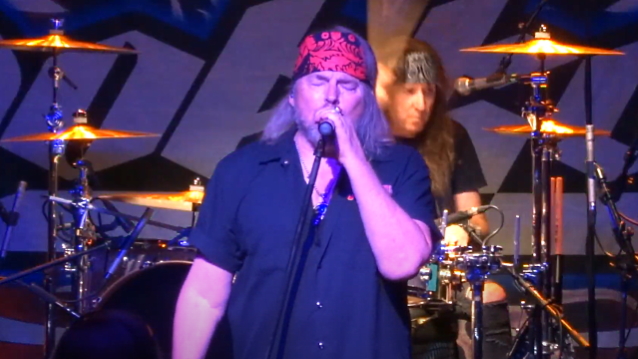 Fan-filmed video footage of DOKKEN's Octoebr 21 concert at The Canyon in Agoura Hills, California can be seen below.

DOKKEN recently announced a seven-date fall 2021 tour of California. The trek kicked off in Agoura Hills and will conclude with a pair of shows at the legendary West Hollywood venue Whisky A Go Go. The Whisky dates will see DOKKEN reunited with guitarist George Lynch.

DOKKEN's classic lineup — Lynch, Don Dokken, , Jeff Pilson and Mick Brown — reunited for a short Japanese tour in the fall of 2016. The trek marked the first time in 21 years the four musicians had hit the road together.