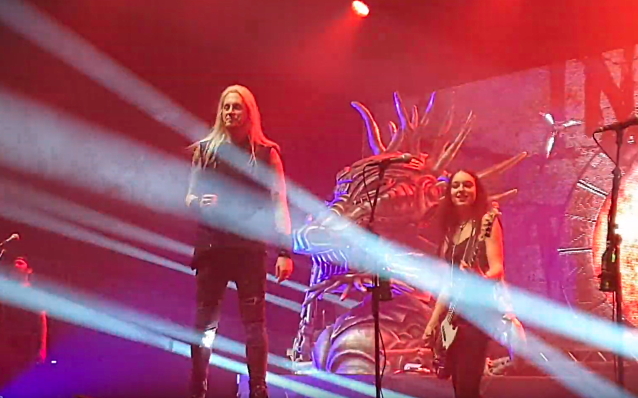 DRAGONFORCE guitarist Herman Li stated about the group's latest additon: "Alicia was recommended to me by a number of musician friends in L.A. She impressed me with her playing, her professionalism, and her ability to learn the DRAGONFORCE songs really quickly! I'm excited to have her playing on this tour and I think the fans will really like what she brings to the show."

DRAGONFORCE is streaming its world tour live on twitch.tv/hermanli. Livestreams will include performances, backstage and special guest appearances.

"Extreme Power Metal" came out in September. Li stated about the effort: "This album again combines the best of DRAGONFORCE in an even bigger, more epic way than we have ever done before."

DRAGONFORCE will embark on a U.S. headlining tour in March. Support on the trek will come from UNLEASH THE ARCHERS and VISIONS OF ATLANTIS. The tour will begin on March 5 in Phoenix, Arizona and end on March 21 in Brooklyn, New York. 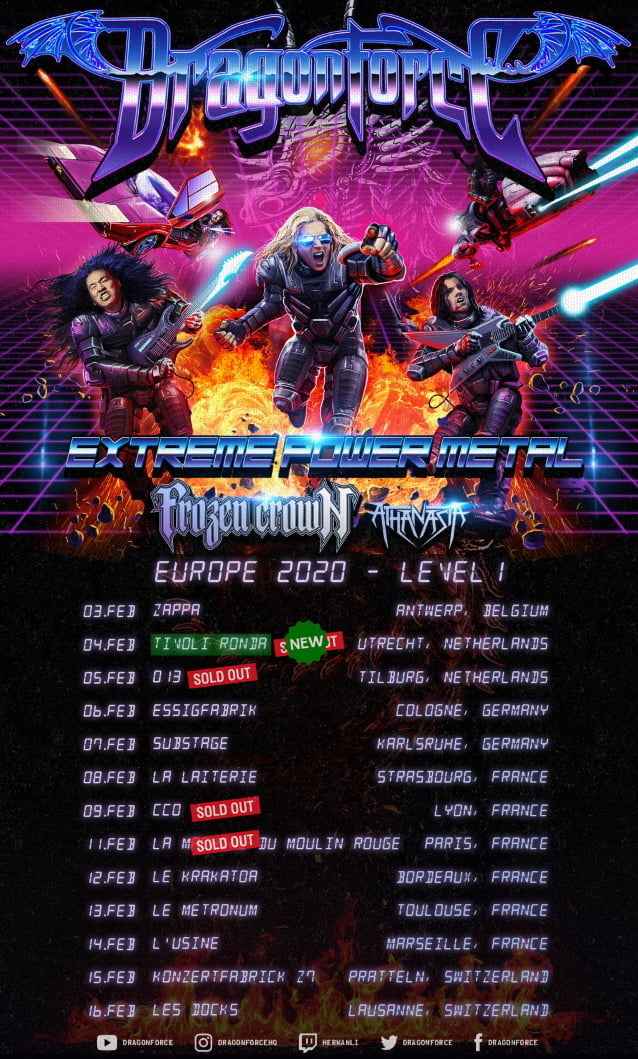