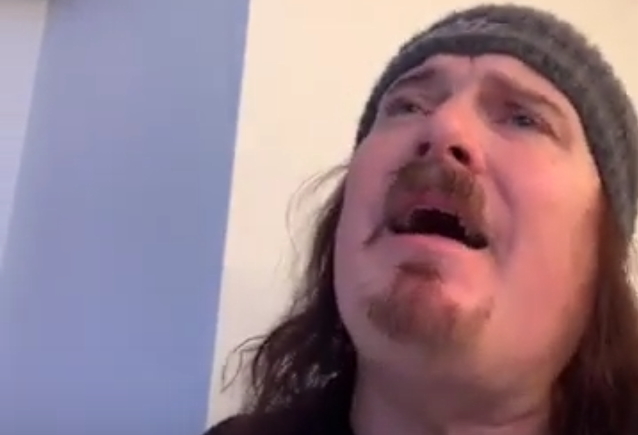 Video of DREAM THEATER singer James LaBrie belting out a cappella versions of three of the band's songs — "Metropolis Pt. 1", "Forsaken" and "Innocence Faded" — can be seen below.

LaBrie sang a couple of lines from each track while filming a new video message on Cameo, which lets users hire celebrities to record brief, personalized video messages about virtually any topic.

LaBriecharges $55 for each of his Cameo videos.

Last month, guitarist John Petrucci confirmed that DREAM THEATER is using the coronavirus downtime to commence the songwriting sessions for the follow-up to last year's "Distance Over Time" album.