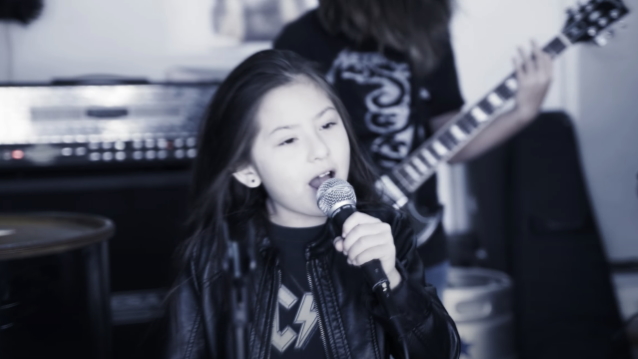 The O'Keefe Music Foundation has uploaded a new video of around half a dozen kids performing a cover version of SEPULTURA's classic song "Roots Bloody Roots".

Recorded entirely in a garage, the kids' rendition of the track proves that you don't need a fancy studio when the band is composed of seven insanely talented kids from around the country. Hailing from Texas, Tennessee, Pennsylvania and Ohio, this "supergroup" put its own spin on the song.

O'Keefe Music Foundation is a non-profit music organization based in Ohio, with a mission to provide high-quality music education to any child in the world for free. Why? Because art gives voice to our dreams and live music performance is becoming a dying art. Since 2006, OMF has helped over 1000 students make countless music videos, with over 80 million combined YouTube views.

"Roots Bloody Roots" originally appeared on SEPULTURA's 1996 album "Roots", which, along with 1993's "Chaos A.D.", is considered the band's most commercially successful release, having been certified gold in 2005 by the RIAA (Recording Industry Association of America) for U.S. shipments in excess of 500,000 copies.