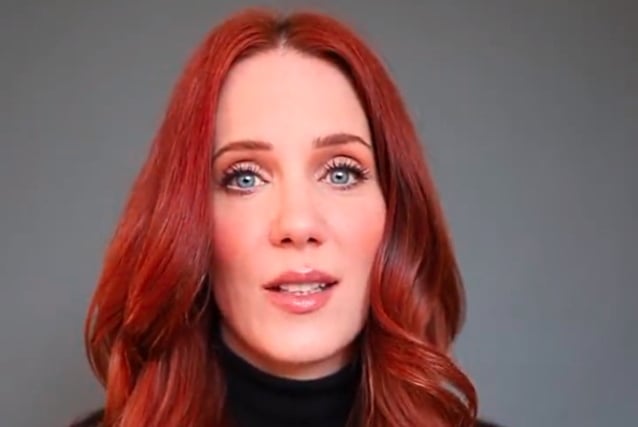 EPICA singer Simone Simons has uploaded video footage of her performing a version of Andrew Lloyd Webber's most famous song, "Memory". Check it out below.

EPICA recently entered Sandlane Recording Facilities in Rijen, Netherlands with producer Joost Van Den Broek to record their new album. The follow-up to 2016's "The Holographic its" is once again being produced by Joost Van Den Broek (POWERWOLF, AYREON).

Lat fall, EPICA celebrated the 10th anniversary of its milestone album "Design Your Universe". To mark this special occasion, EPICA re-released this fan-favorite LP as a "gold edition" in October through Nuclear Blast. This edition contains the album remixed and remastered by Joost Van Den Broek with updated artwork and a second disc containing newly recorded acoustic versions of "Design Your Universe" songs.

Here is a song to hopefully brighten your day. Stay safe! xo Simone