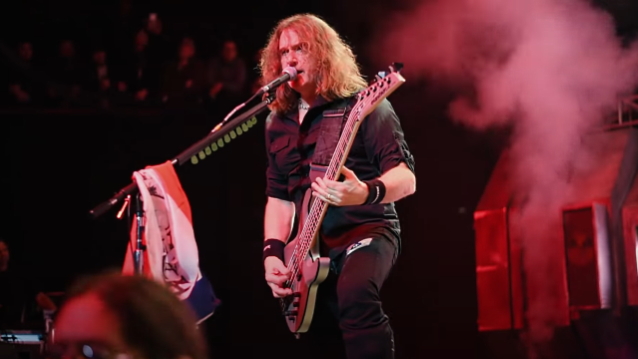 Former MEGADETH bassist David Ellefson joined RAVEN on stage on November 4 at The 44 Sports Grill & Nightlife in Glendale, Arizona to perform a cover of the JUDAS PRIEST classic "Hell Bent For Leather" and the RAVEN original "Seek And Destroy". Video footage and photos of his appearance can be found below.

RAVEN drummer Mike Heller is Ellefson's bandmate in THE LUCID, which released its self-titled debut album in October via SpoilerHead Records.

Ellefson was fired from MEGADETH earlier this year after sexually tinged messages and explicit video footage involving the bassist were posted on Twitter. At the time, Ellefson was accused of grooming an underage girl through videos and online messages. David has denied the allegation and has repeatedly said the woman in question had been a willing, consenting adult at the time of their virtual sexual encounter. Ellefson accompanied his denial with an alleged screenshot of a statement from the woman with whom he was supposedly involved at the time. In it, the woman admitted to recording the alleged intimate communications she had with Ellefson and called herself "naïve" for sharing them with a friend without the musician's permission.

Thanks Mike Gaube's Headbangers capturing some live video of David Ellefson jamming "Hell Bent For Leather" and "Seek and Destroy" with us tonight in Glendale, AZ.

A great night seeing one of my favorites Raven. It’s always great to see the Gallagher brothers, Mark and John.... 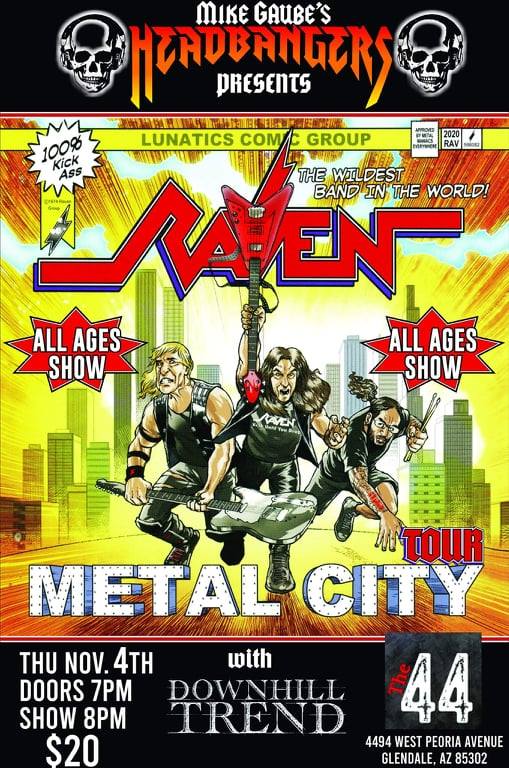