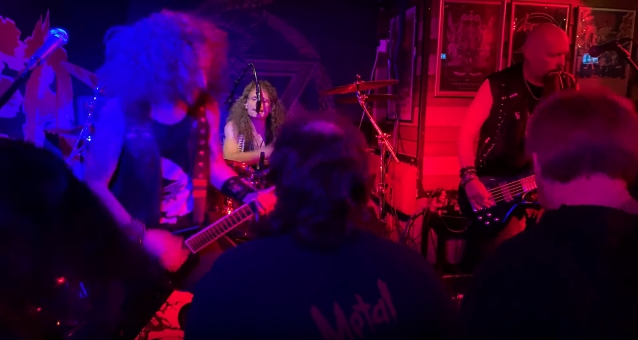 Fan-filmed video footage of Canadian thrash metal pioneers EXCITER performing on May 29 at The Abyss in Gothenburg, Sweden can be seen below.

EXCITER bassist Allan Johnson told The Metal Voice that Ricci's exit from the band was "still somewhat of a mystery… He didn't give a solid reason why," he said. "I don't know what he meant by 'fed up,' but he said he was fed up. I confirmed with him. I said, 'Are you sure about this?' And he said, 'Yeah, I'm definitely out.'"

Ricci, drummer/vocalist Dan Beehler and Johnson reunited as EXCITER in 2014 and had been playing sporadic shows ever since.