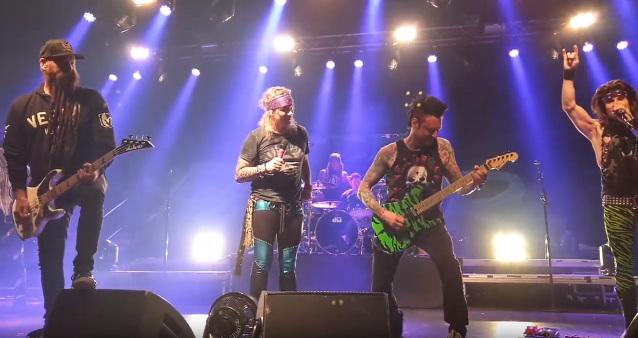 FIVE FINGER DEATH PUNCH is in Helsinki for tonight's concert at Hartwall Arena with support from MEGADETH. FIVE FINGER's eighth album, "F8", will be released on February 28 via Better Noise Music.

STEEL PANTHER is continuing to tour in support of its latest album, "Heavy Metal Rules", which was released last September. The disc, which is described in a press release as a "heavy metal version of a self-help manual and ultimate party album combined," was once again produced by Jay Ruston, who collaborated with the band on all of its previous recordings, including 2017's "Lower The Bar".