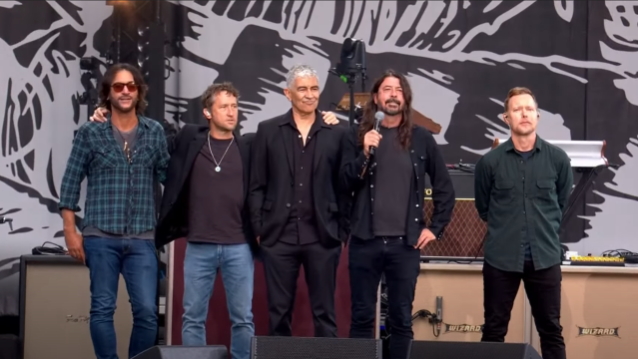 On Saturday (September 3),the surviving members of the FOO FIGHTERS, along with a huge number of special guests, are celebrating Taylor Hawkins's memory and music at a special gig at Wembley Stadium. An additional Taylor Hawkins tribute concert will take place on September 27 at Los Angeles's Kia Forum.

At the start of today's concert, the surviving members of FOO FIGHTERS stepped out on stage to address the crowd and kick off the event. Frontman Dave Grohl said: "Ladies and gentlemen, tonight we've gathered here to celebrate the life, the music and the love of our dear friend, our bandmate, our brother Taylor Hawkins.

"For those of you who knew him personally, you know that no one else could make you smile or laugh or dance or sing like he could. And for those of you admired him from afar, I'm sure you've all felt the same thing.

"So, sing and dance and laugh and cry and fucking scream and make some fucking noise so he can hear us right now. 'Cause you know what? It's gonna be a loooong fucking night, right?

The full setlist for the London concert was as follows:

34. We Will Rock You (featuring Luke Spiller)
35. I'm In Love With My Car
36. Under Pressure (featuring Justin Hawkins)
37. Somebody To Love (featuring Sam Ryder)
38. Love Of My Life

It was recently announced that both tribute gigs will be globally livestreamed on the Paramount streaming service in the United States and via MTV's YouTube channel worldwide. 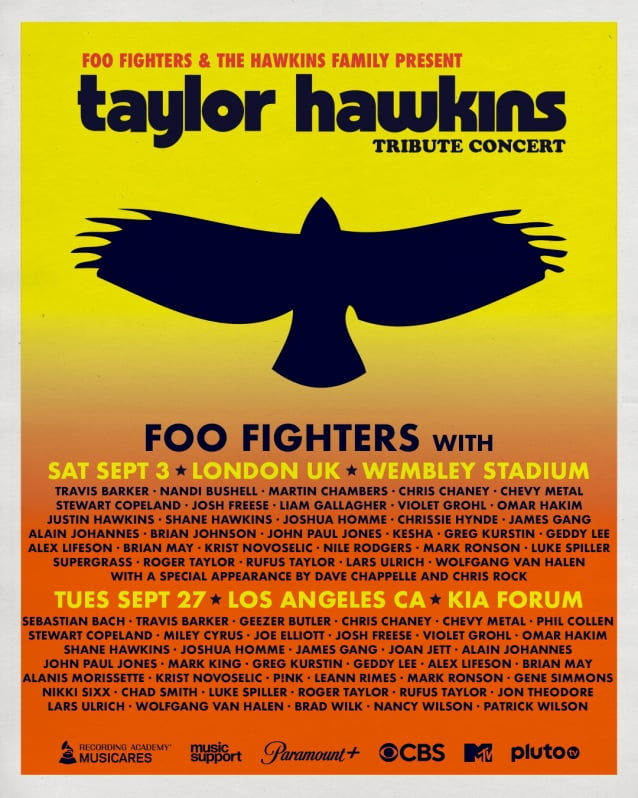