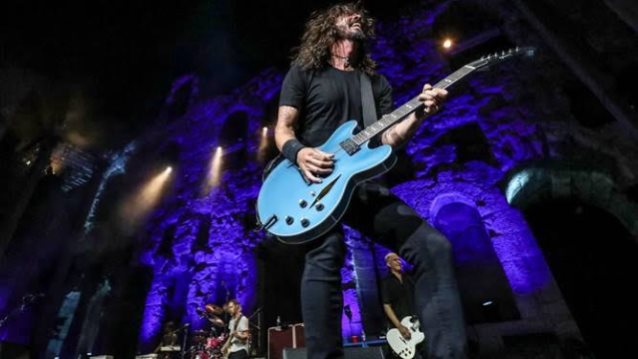 Watch FOO FIGHTERS Perform 'The Pretender' At The Acropolis In Athens, Greece

Watch the clip below to experience a thrilling performance from the multi-Grammy-winning FOO FIGHTERS as they tear through their classic hit "The Pretender" live from the Acropolis in Athens, Greece.

This past July, "Landmarks Live In Concert" and FOO FIGHTERS traveled to Athens for a special performance at the famed Odeon of Herodes Atticus. That concert is the latest — and arguably most buzzed-about — episode of "Landmarks Live In Concert", the critically acclaimed PBS docu-series featuring a lineup of global superstars performing at monumental locations around the world.

"We were given this extraordinary opportunity to spend a week in a city that's over 3,400 years old, the birthplace of democracy, theater and philosophy," Smith told Rolling Stone. "The significance of being allowed to stage a major rock show at one of the world's (not just Greece's) most significant landmarks was not lost on any of us. We were all humbled and honored."

"I can't wait for the world to see this show," says Catullo. "Putting the pieces together was probably the toughest thing I've ever done. Transforming the historic Acropolis into a venue required constant negotiations. The politics and permit challenges were a massive undertaking. It took about a year, 180 permits, a crew of 900 people and a lot of blood, sweat and tears — but worth every drop. The FOO FIGHTERS' incredible performance and the energy of the crowd in such a historic place is something I'll never forget." 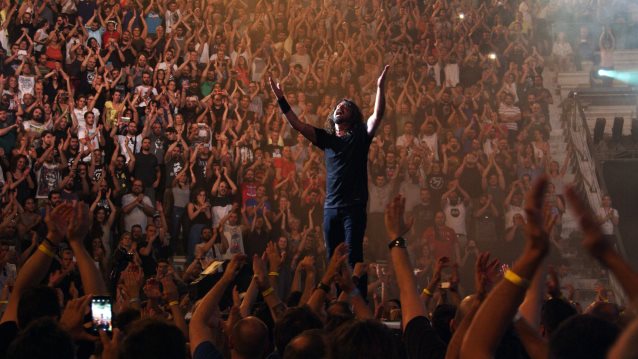