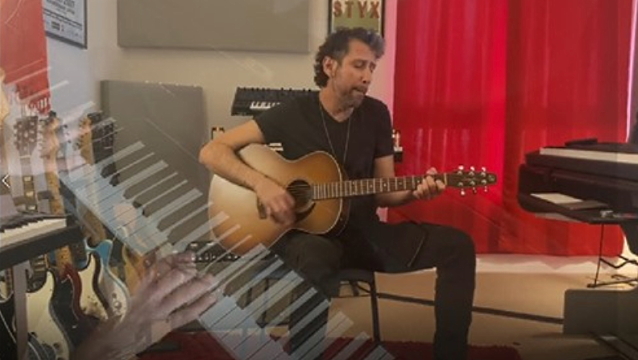 FOREIGNER keyboardist Michael Bluestein has produced a new video inspired by the COVID-19 pandemic. Titled "Why Corona?", the song is a hybrid of wit and reflection, expressing the range of emotions brought on by this challenging period. Initially created as a humorous take on Bluestein's time in quarantine while in the studio, the track also expresses emotions of fear, loss and hope. Produced and written by Bluestein, "Why Corona?" includes a cello feature by esteemed cellist Dave Eggar and backup vocals by Tina Terry. Lyrics were co-written by Michael Bluestein and Lisa Maria Feige, and the video was directed and edited by Jeff Savenick.

Bluestein began piano studies at age nine. Growing up, he was exposed to a wide range of artists, including Stevie Wonder, Paul Simon, BOSTON, Mozart, THE WHO, and jazz pianist Thelonious Monk. After studying at Berklee College Of Music, Michael made his way out to Los Angeles where he has played with Boz Scaggs, Stevie Nicks, Enrique Iglesias, Anastacia and with the house band on "Jimmy Kimmel Live!".

Michael describes the experience of playing all the classic FOREIGNER songs as "truly surreal. I grew up hearing and loving all these songs, and never dreamed that I would have the chance to be in the band playing them! The energy on stage is amazing and I love looking out and seeing everyone singing along with every word."