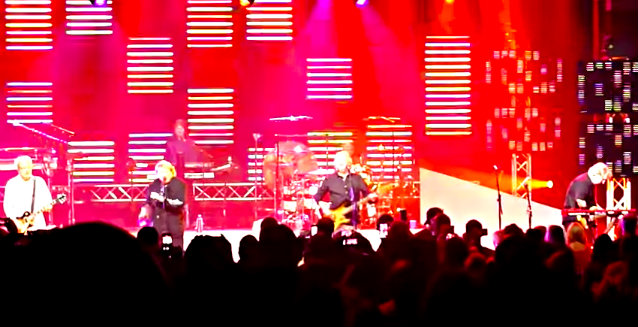 Fan-filmed video footage of the October 7 performance can be seen below (recorded by Ronald Mark).

Although there have been previous partial FOREIGNER reunions earlier this year — in Florida, Spain and at Jones Beach in New York — the Michigan concerts marked the first time all of the musicians were together onstage at the same time.

Prior to the October 6 concert, Jones said: "Playing alongside Lou, Dennis, Al, Ian and Rick again certainly brought back some special memories and we decided it would be the ultimate celebration to join together on one stage, and give the fans the best possible farewell to our fortieth anniversary."

Gramm told Billboard that FOREIGNER's current linup is "great." He added: "They made us feel very welcome and no attitudes or anything. It really felt like we all belonged onstage."