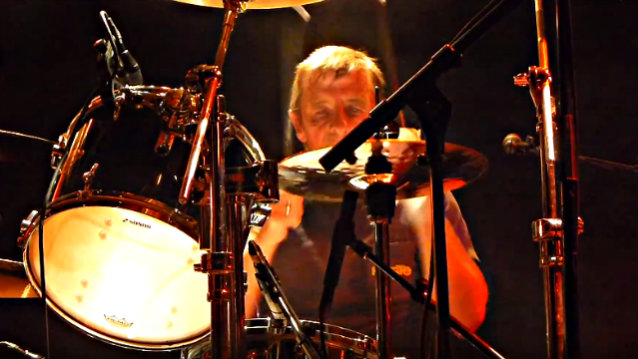 Fan-filmed video footage of former AC/DC drummer Phil Rudd and his solo band performing on April 17 at Belvedere in Namur, Belgium can be seen in the YouTube playlist below (consisting of nine clips).

Rudd, who has appeared on all but three of AC/DC's 18 studio albums, has just kicked off his first solo tour in support of his 2014 solo debut, "Head Job". It was the release of that album that led indirectly to Rudd's arrest, with the drummer allegedly so angry at a personal assistant over the way the record was promoted that he threatened to have the man and his daughter killed.

In a recent interview with Kaaos TV, Rudd stated about the AC/DC songs he is performing with his solo band on the group's current European tour: "[Those are] the ones I like, that I feel I contributed a lot to, with just the way I played them. We don't wanna be a covers band, so we just brought in two or three [AC/DC tracks]. Because we're playing the Bonfest [the annual celebration of the life and music of AC/DC legend Bon Scott, who died in 1980 at the age of 33] on the 28th of April in Scotland, so we've got three of Bon's songs that we're playing, and hopefully we'll do them well for the fans in Scotland."

Asked if he would like to play with AC/DC again in the future, Phil said: "I'd like to be involved with Angus [Young, AC/DC guitarist] again, maybe on the next album or something. But I still have some traveling restrictions, and I'm not sure if I can go to America or not. I've got some lawyers doing some work so I can go back to America, but I'm not too sure. So I have some limitations on what I can do, and I'm just making the best of my situation at the moment." 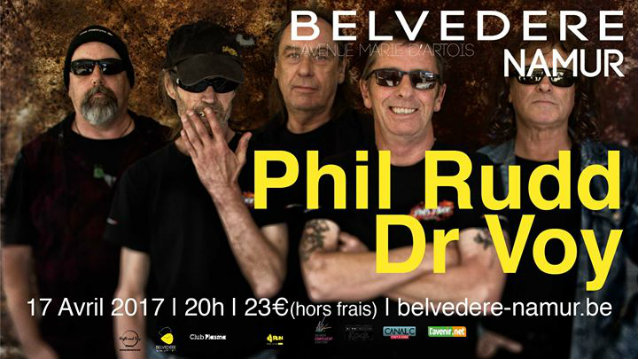