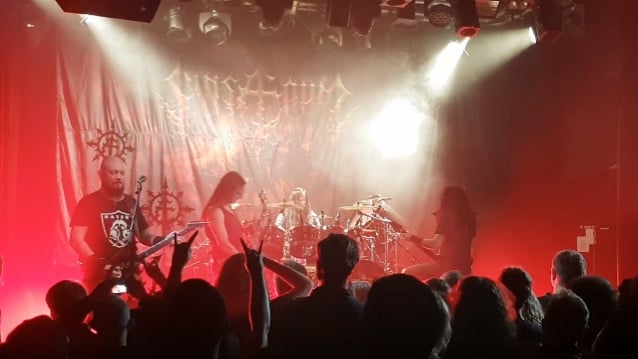 Fan-filmed video footage of the second show of the tour, which took place on September 29 at Flow in Paris, France can be seen below.

Regarding what fans can expect from a SINSAENUM live show, Jordison told What Culture: "We're gonna go out there with complete furiosity and deliver all the material from the three releases that we have now, and give the fans the best fucking show that we can. We have been waiting for a long time for this, so we want to meet as many fans as possible and give them the best show possible." Leclercq added: "We'll have some props with us onstage, but what really matters to us is the music."

Joey also talked about the SINSAENUM songwriting process, explaining: "Everything is exactly the way we imagined it, with Fred as the primary songwriter. We always entrust in Fred to be the one that brings the main riffs and then we work from there in the studio. It has to feel good to all of us. Our songs have to flow like a river, with different waves, and that's the main thing about SINSAENUM: even though we're, primarily, a black/death metal hybrid, the songwriting comes from rock, thrash, speed metal and death metal. Sometimes I don't think we make death metal or black metal; sometimes I think we’re just SINSAENUM. We are in those genres, but it comes from so many different areas." Frédéric added: "I've always wanted to have a death metal album out. It sounds selfish, but you make music for yourself. I would have chosen to make pop music if I wanted to please the masses, but music is catharsis for us, so SINSAENUM is a necessity." 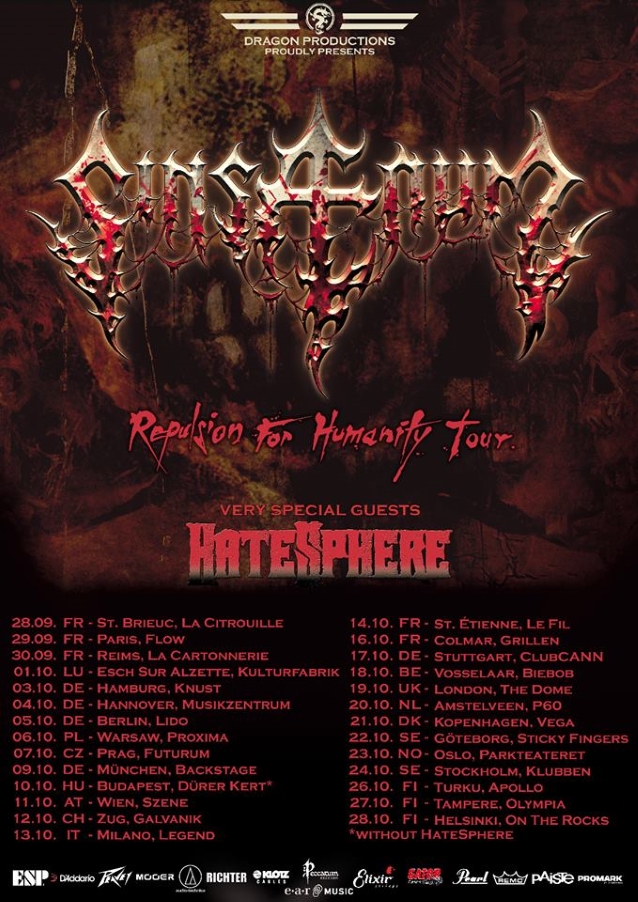