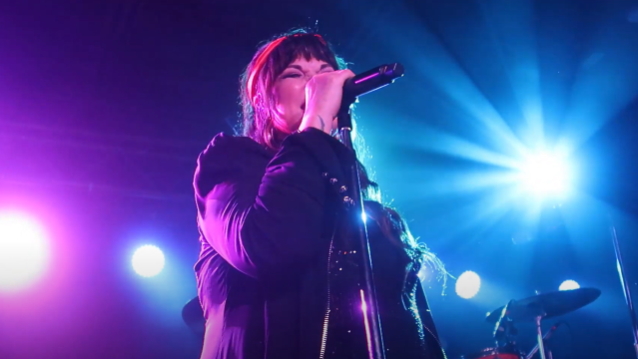 Front-row fan-filmed video of Ann Wilson's June 13 performance at Basement East in Nashville, Tennessee can be seen below.

The HEART singer is currently on the road in support of her new album, "Fierce Bliss", which was released on April 29 via Silver Lining Music. The LP contains 11 perfectly weighted and selected songs ranging from Wilson's own co-penned originals to covers and collaborations. Wilson brings new life and verve to classic songs, such as QUEEN's "Love Of My Life", EURYTHMICS' "Missionary Man" and Robin Trower's "Bridge Of Sighs". To cap it all, the album artwork comes from the mind and hands of celebrated fantasy artist Roger Dean, who aside from his work in fantasy art is also renowned for his YES sleeve artwork. GOV'T MULE guitarist Warren Haynes guests on "Gladiator" and "Angel's Blues", which also features GOV'T MULE's rhythm section, bassist Jorgen Carlsson and drummer Matt Abts.

Wilson previously released a covers record, "Hope & Glory", in 2007 and followed it with a second album of cover songs, "Immortal", in 2018.

A proposed HEART tour fell through last year after Ann and her sister Nancy failed to agree on which backing band to use. Ann wanted her guys, Nancy didn't. But Ann now says that another HEART album, which would be the band's first since 2016's "Beautiful Broken", is a definite possibility, especially considering the fact that 2023 marks HEART's 50th anniversary.

HEART last toured North America in the summer of 2019. 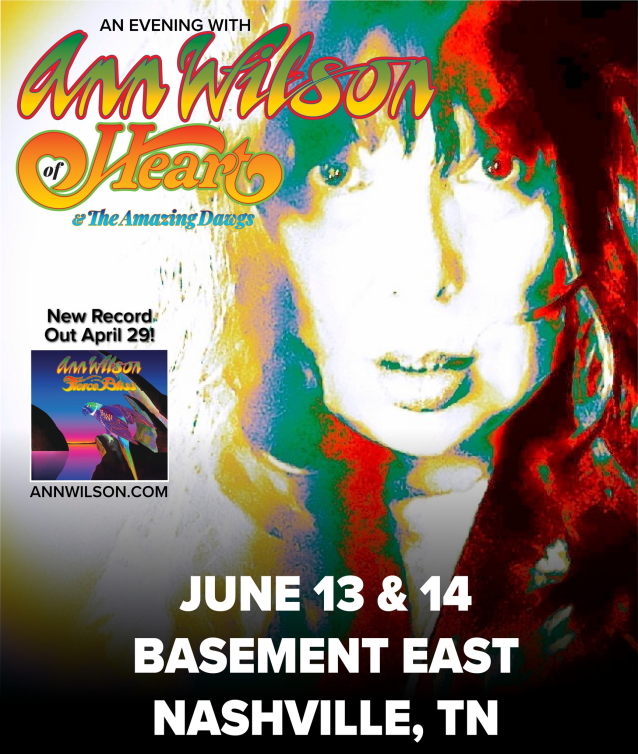