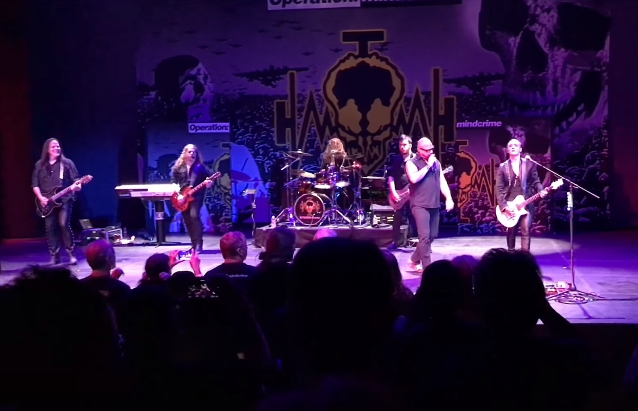 Capital Chaos TV has uploaded video footage of Geoff Tate's August 15 performance at B Street Theatre at The Sofia Tsakopoulos Center for the Arts in Sacramento, California during his 30th-anniversary tour for QUEENSRŸCHE's landmark "Operation: Mindcrime" concept album. Check out the clips below.

Asked about his current tour, Tate told The Great Southern Brainfart: "It's strange to think about, but this is my perspective. I wasn't actually even gonna do it again. I get requests — so many requests — to play this record in its entirety. You know who from? The promoters. I know people don't think of it from that perspective. I'm sure they must think that, 'Oh, Geoff Tate, he can't put that album away. He's just gonna keep playing it and playing it.' No, I wanna put it away. But the promoters just [say], 'You've gotta play 'Mindcrime' on this tour. You've gotta do it.' 'Ahh… Okay. One more time?' 'Just one more time.' [Laughs]

"But 30 is a good time," he continued. "I'm singing strong. I feel good. I've got a great band playing it who loves the album. And the fans are loving it and turning up in good numbers, and the promoters are happy. Everything's good. So I'm happy. I love the album; I love the songs; it's a very special record for me. Would I like to play other music? Yeah. [Laughs] I would. But this is what people want to hear from me at this point, so I'm giving them what they want."

The "Mindcrime" set covers all 15 songs from the album including such fan favorites as "Revolution Calling","Operation: Mindcrime", "I Don't Believe In Love" and the closing track, "Eyes Of A Stranger". As fans might remember, Geoff performed the album in its entirety on tour in 2013 to celebrate its 25th anniversary.

In all, Geoff Tate has sold more than 25 million albums at the helm of QUEENSRŸCHE, the band he fronted for 30 years from their inception through 2012, earning three Grammy nominations, five MTV Music Video Award nominations and one MTV Music Video Award along the way. One of those Grammy nominations was for "I Don't Believe In Love" (1990, in the new category of Best Metal Performance),a song that appears on the "Operation: Mindcrime" album. 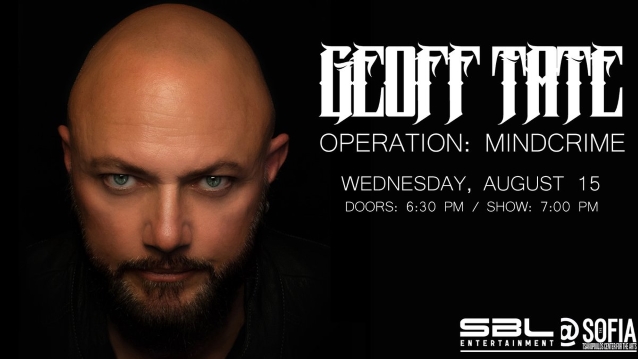