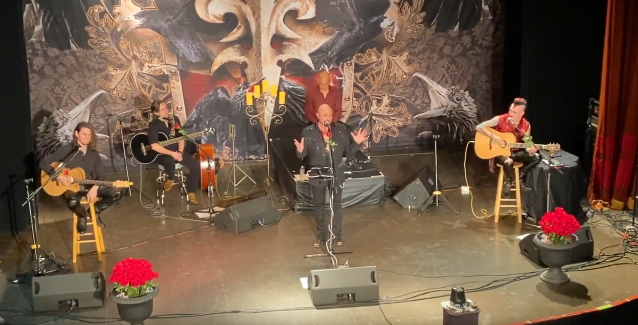 Former QUEENSRŸCHE singer Geoff Tate took part in an intimate acoustic performance on February 13 at the Everett Theatre in Everett, Washington. The socially distanced event operated at 25% capacity which equated to about 100 people in total watching the show inside the venue.

Fan-filmed video of Tate performing the QUEENSRŸCHE song "Around The World" at the Everett concert can be seen below.

Earlier this week, Tate announced around a dozen U.S. dates in late summer and fall as part of a tour celebrating the 30th anniversary of QUEENSRŸCHE's "Empire" and "Rage For Order" albums. All tickets will go on sale this Friday, February 26 at 10:00 local time.