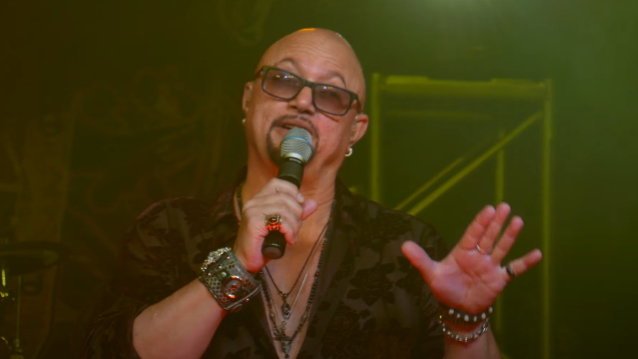 YouTube channel "addresses" has uploaded video footage of former QUEENSRŸCHE singer Geoff Tate performing the songs "Last Time In Paris" and "Take Hold Of The Flame" this past Thursday (November 18) at Eagles Theater in Wabash, Indiana. Check out the clip below.