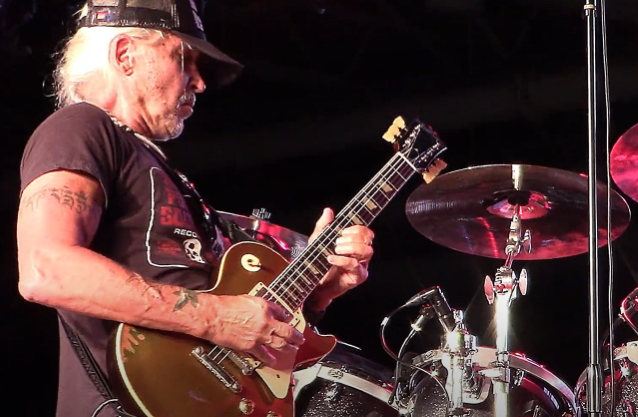 George Lynch paid musical tribute to Eddie Van Halen during the former DOKKEN guitarist's May 1 performance at the Dallas International Guitar Festival at Dallas Market Hall in Dallas, Texas. At the end of the impromptu jam, George told the crowd: "In remembrance of our fallen brother, who is one of the greatest inspirations of my personal guitar journey."

Fan-filmed video footage of the performance can be seen below (courtesy of YouTube user "arcme262").

In a recent interview with Metal Godz Radio, Lynch was asked if ever got a chance to bond and hang out with Eddie Van Halen. He responded: "Absolutely. I mean, we kind of came up through the ranks together. We were both [in] SoCal bands and played the same bills and same clubs and hung out a little bit and have common connections and friends and different things and acquaintances. But the time that we spent the most together was on the 'Monsters Of Rock' tour [in 1988, where DOKKEN and VAN HALEN shared the bill with SCORPIONS, METALLICA and KINGDOM COME]. Eddie and I would spend a lot of time in the hotel rooms just jamming and staying up all night drinking beers and smoking and playing guitar. So that was a really cool hang."

Lynch previously talked about Eddie's influence in a 2009 interview with Guitar Player magazine. Asked if he was jealous of VAN HALEN's success in the late 1970s and early 1980s, George said: "We were jealous and we were all trying to play catch up. We thought, 'Oh boy, we better get on board. This guy's going to change the world.' I remember my reaction when I first heard Eddie. I had been hearing about this guy with the weird European name. He's got a torpedo onstage, the bass player wears clogs, they have bombs onstage, and the guy's unbelievable. I saw him and it blew my mind. They were still doing covers at the time — RAINBOW, MONTROSE — and their original stuff was as good or better than their cover stuff, which was pretty exceptional. After their show, I went back to our band room and played my guitar until the sun came up. I thought, 'Man, how can I get that tone?'"

Asked if he tried to copy Eddie, George said: "What I really did was sort of bounce off his stuff rather than emulate it. I've done that with a lot of players. Instead of copying them, I react to them. I'll think, 'Well, Di Meola does this thing. I can do some alternate picking, so I won't copy it but I'll embed that a little bit into my toolbox and do it my own way.' I've tried to do that with any player who has influenced me: Clapton, Hendrix, Schenker, Eddie, Holdsworth. I couldn't play any of their stuff note for note to save my life, but I can capture the gist of what they're doing by being exposed to it. I can get the essence."

Eddie died in October at the age of 65 after a long battle with cancer.

Rolling Stone magazine ranked Van Halen No. 8 in its list of the 100 greatest guitarists. 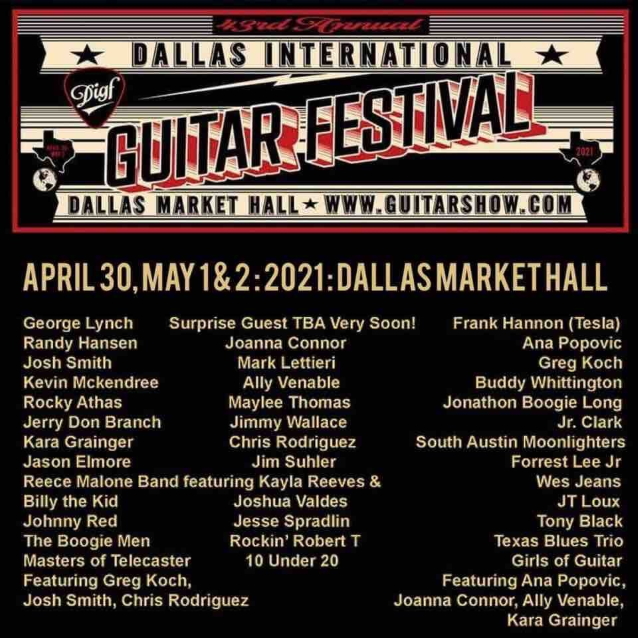