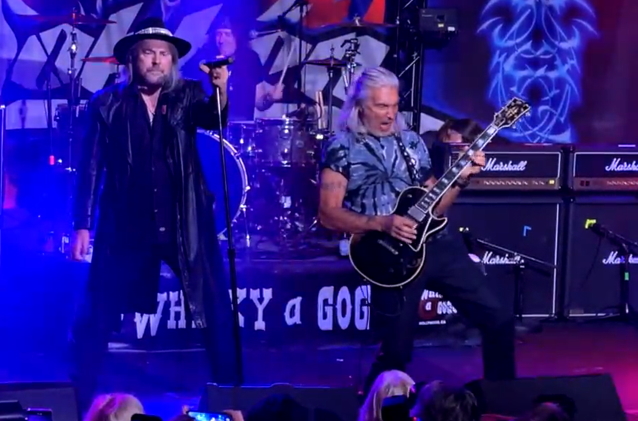 George Lynch rejoined DOKKEN on stage Friday (December 17) and Saturday night (December 18) at the Whisky A Go Go in West Hollywood, California to perform three of the band's classic songs: "Kiss Of Death", "When Heaven Comes Down" and "Tooth And Nail". Fan-filmed video footage of his appearance can be seen below.

Lynch had previously played the same three songs with DOKKEN on several occasions this past summer and earlier this fall, including in Glenside, Pennsylvania; in Waukegan, Illinois; in Ashland, Virginia; in Moline, Illinois; and in Sunbury, Pennsylvania.

DOKKEN recently finished recording a new studio album, tentatively due next year via Silver Lining Music, the label owned by Thomas Jensen, one of the founders of Germany's Wacken Open Air festival. It will mark the group's first disc since 2012's "Broken Bones".

Last show of the year! Dokken live at the Whisky A Go-Go with George Lynch! 🔥🎸 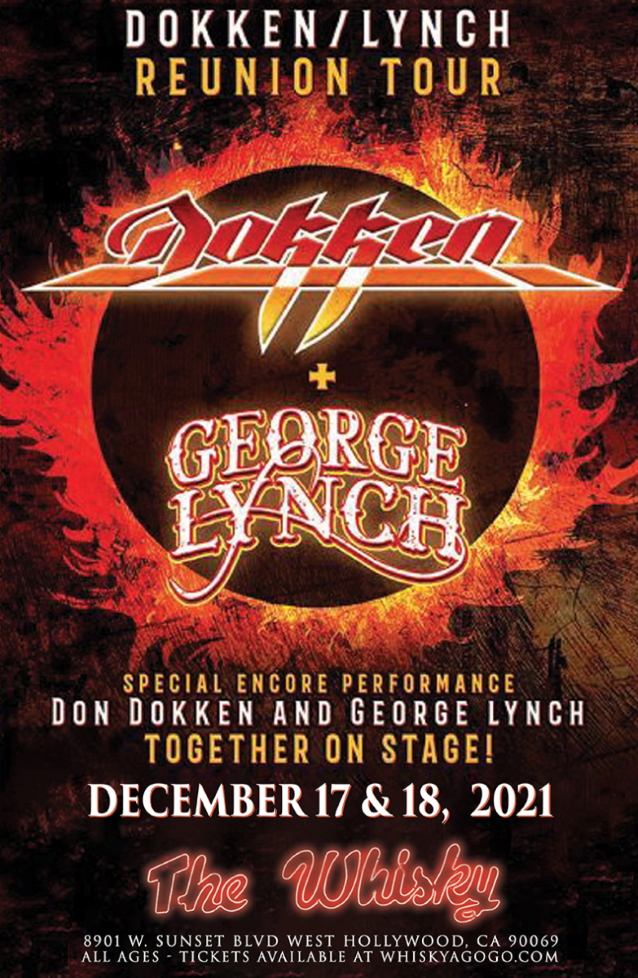