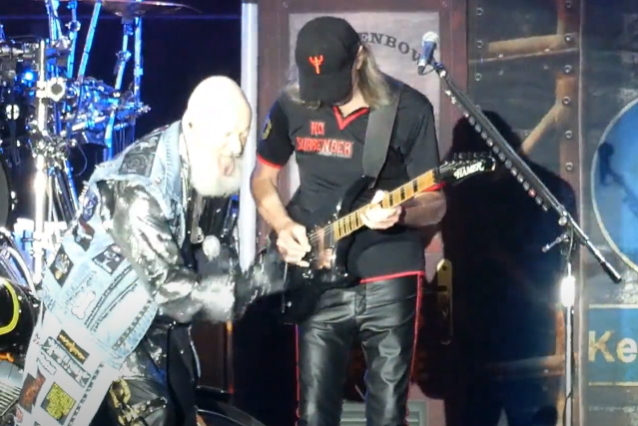 JUDAS PRIEST was rejoined by guitarist Glenn Tipton on stage during the band's concert Saturday night (July 2) at the Barcelona Rock Fest at the Parc de Can Zam in Santa Coloma de Gramenet, just twenty minutes from the center of Barcelona, Spain.

Fan-filmed video of the performance can be seen below.

PRIEST will celebrate their 50th anniversary again at the end of this year with the launch of a new North American tour. Support on the "50 Heavy Metal Years" fall 2022 trek will once again come from QUEENSRŸCHE.

JUDAS PRIEST was forced to postpone around two dozen North American shows on its rescheduled 50th-anniversary tour last September after Faulkner suffered an acute cardiac aortic dissection during a performance at the Louder Than Life festival. He ended up undergoing a 10-hour life-saving surgery a short distance away at Rudd Heart and Lung Center at UofL Health - Jewish Hospital in Louisville, Kentucky. 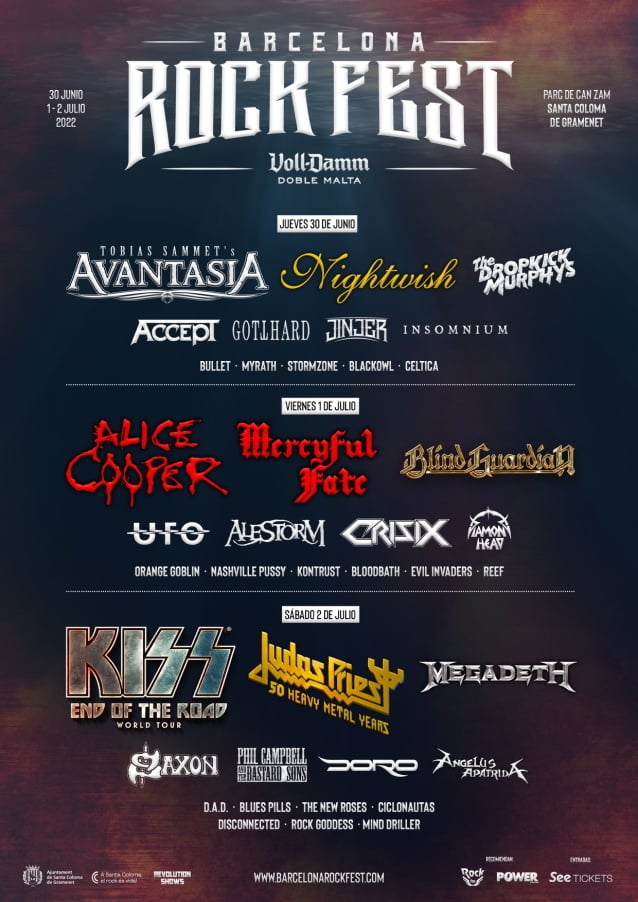