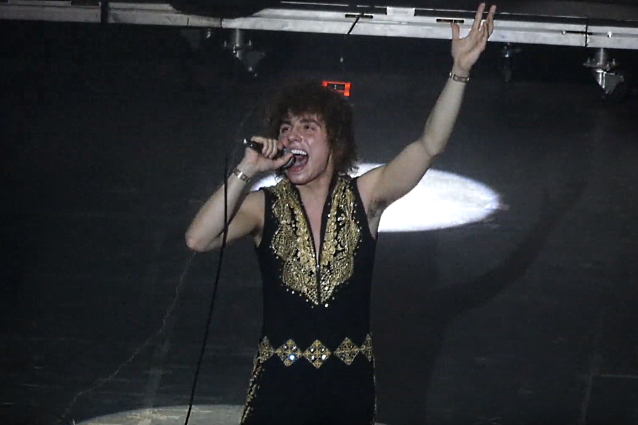 Fan-filmed video footage of GRETA VAN FLEET's December 30 concert at the Metropolitan Opera House in Philadelphia, Pennsylvania can be seen below.

GRETA VAN FLEET singer Josh Kiszka recently spoke to U.K.'s Kerrang! magazine about the progress of the songwriting and recording sessions for the band's follow-up to last year's "Anthem Of The Peaceful Army" debut album.

"It's intended to be a full release, a full album," he said. "For about two months in the heart of the summer of this year, we really poured everything into the writing and recording, and we're hoping that sometime earlier next year we'll be able to put it out. We're super excited about it."

When asked if he and his bandmates feel as though they have something to prove with this release, Josh replied: "Honestly, the way that we approach our music is that we're writing it for anybody who has any reason to listen to it. [Laughs] We're creating something simply for the sake of making a work of art that we're proud of, that we ourselves like to listen to. I don't think we set out to prove anything, particularly, but to point out some things about the world and our society. There are some of those elements to this album. And it's the next step I think, in the evolution and the sound of this band."

A new song from GRETA VAN FLEET, "Always There", was released in September. The track was originally recorded for inclusion on "Anthem Of The Peaceful Army", but it was ultimately decided it didn't fit the tone of the album. It appeared serendipitous when the makers of "A Million Little Pieces" requested it in the film's soundtrack.

"Anthem Of The Peaceful Army" landed at No. 3 on the Billboard 200 chart in July 2018 despite earning a lukewarm 53/100 score on review curation site Metacritic.

GRETA VAN FLEET was founded in 2012 by brothers Josh Kiszka, Sam Kiszka and Jake Kiszka, plus the sole non-brother member Kyle Hauck, who has since left and been replaced on the drums by Danny Wagner. 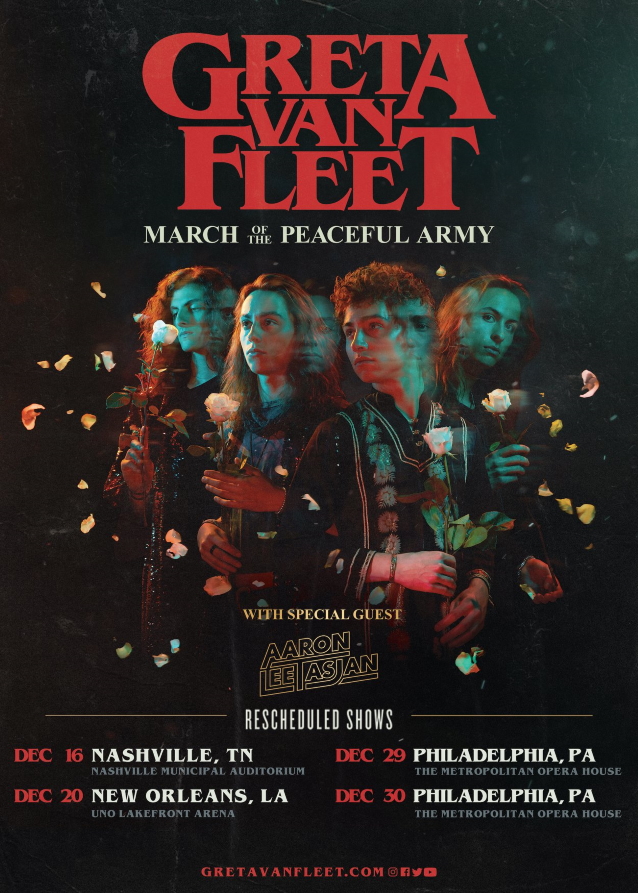