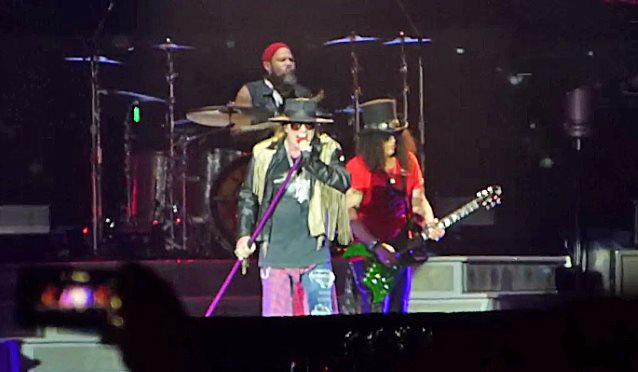 As they have done at every show during their current European tour, GUNS N' ROSES paid tribute to Chris Cornell Friday night (June 2) by performing a cover version of SOUNDGARDEN's "Black Hole Sun" at Passeio Marítimo de Algés in Lisbon, Portugal. Fan-filmed video footage of the rendition can be seen below.

For his first solo album, which came out in 2010, GUNS N' ROSES guitarist Slash invited many great musicians as guest vocalists, including Cornell, who can be heard on a song called "Promise". Slash later told Music Radar about the track: "Chris was great. 'Promise' was probably the most unorthodox piece of music that I'd written, it was very different. It was one of those things, I don't know why I thought of him for that song more than any of the others, but I sent it to him and within 48 hours he sent me this great lyric and we were off and running. It was as simple as that. Everybody seems to like this one."

Cornell told Classic Rock magazine about Slash: "I met Slash in 1992 when GUNS N' ROSES took SOUNDGARDEN on tour. He was extremely gracious and always very supportive. Often when you tour with a band that are that successful, they treat you like shit. Slash was always a very consistent and amiable person and he is now. And I will say this — and I don't mean this as a slight to him, it's actually a compliment — Slash is the most drunk guitarist I have ever seen play well on stage. I was never able to be that trashed and that good at the same time. That's a part of his consistency: he doesn't drink now and he's still great. That dedication to music is what drives his character."

A completed toxicology report confirmed on Friday that Cornell was using prescription drugs at the time of his death. The report revealed that the SOUNDGARDEN frontman had Naloxone (Narcan),Butalbital (a sedative),Lorazepam (Ativan),Pseudoephedrine (a decongestant) and barbiturates in his system on the night he died by hanging himself in his Detroit hotel room. He was 52.

Michigan's Wayne County Medical Examiner said that the manner of death was suicide and that "drugs did not contribute to the cause of death." 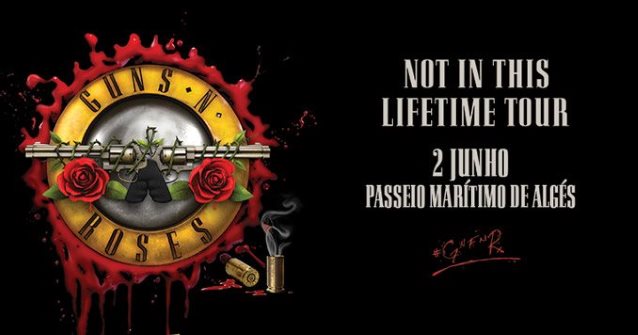