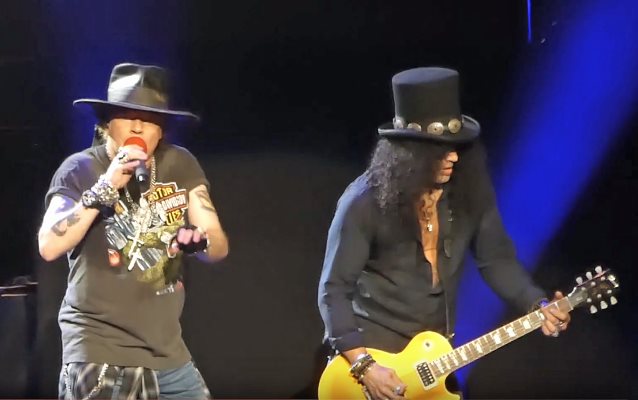 Fan-filmed video footage of GUNS N' ROSES' October 16 performance at New York City's Madison Square Garden — the band's third show in a three-night stand at the venue — can be seen below.

"Not In This Lifetime" continues Thursday (October 19) at Washington D.C.'s Verizon Center.