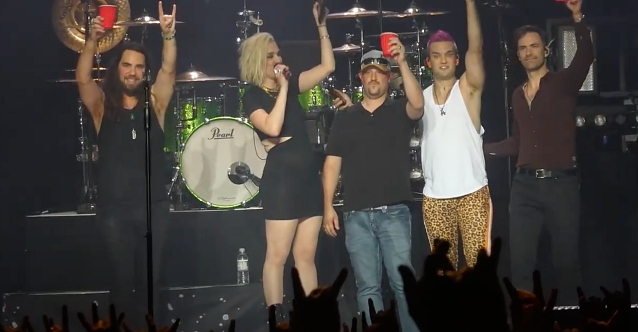 HALESTORM was officially inducted into the Central Pennsylvania Music Hall Of Fame during the band's July 30 performance at the at the York State Fair in York, Pennsylvania.

Over the years, Central Pennsylvania has produced some incredible and accomplished musicians who have influenced generations of music lovers. In 2019, the Central Pennsylvania Music Hall Of Fame was founded as a nonprofit organization to recognize, support, and grow the area's longstanding and diverse music heritage.

HALESTORM is one of the most successful hard rock acts from the state. Lzzy Hale and her brother Arejay Hale began performing locally when they were just 13 and 10, respectively. Formed in Red Lion in 1997, HALESTORM signed with Atlantic Records in 2005. They won a Grammy Award for "Best Hard Rock/Metal Performance" for the song "Love Bites (So Do I)" in 2013, becoming the first female-fronted band to win in that category, and they continue to tour persistently (2020 excluded),sometimes up to 250 days a year. Lzzy Hale is the first female in the Central Pennsylvania Music Hall Of Fame.

"We are so honored and excited to be inducted into the 2021 class of the Central Pennsylvania Music Hall Of Fame. Thank you so much to everybody that helped raise us and launch us into where we are today. We will see you all on the other side," Lzzy Hale said.

HALESTORM played its first concert in almost two years on July 16 at The Basement East in Nashville, Tennessee.

The band has spent the last few months recording its new album for a tentative late 2021 release. The LP's first single will arrive later this month. 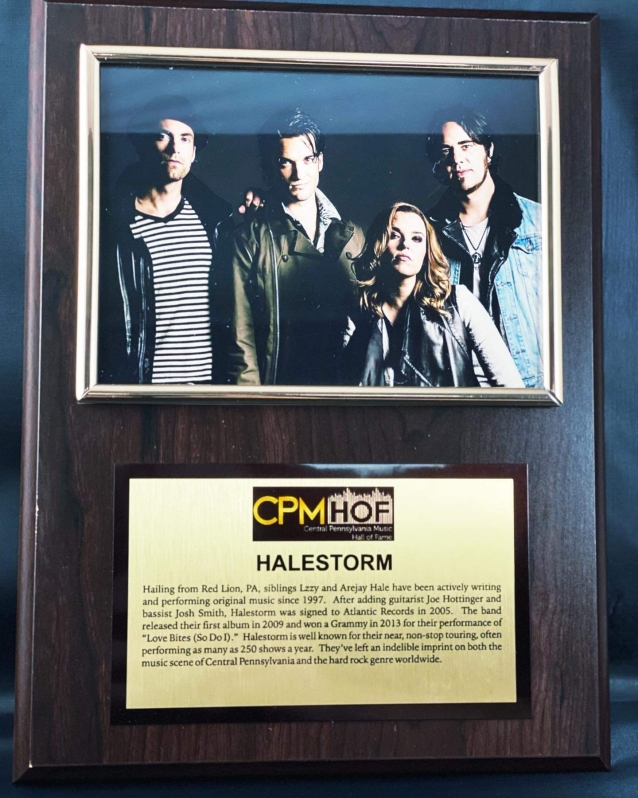