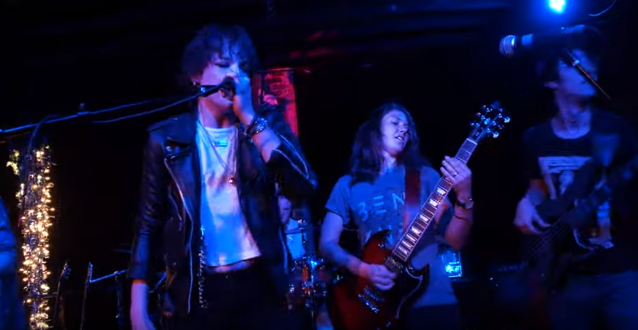 HALESTORM's Lzzy Hale joined Nashville rockers SLIDER on stage Saturday night (October 26) at the Basement in their hometown to perform a cover of the SOUNDGARDEN classic "My Wave". Video footage of her appearance can be seen below.

Two and a half years ago, shortly after the passing of SOUNDGARDEN frontman Chris Cornell, Hale told the 97.7 WQLZ radio station: "Honestly, SOUNDGARDEN was a huge building block with my bandmates, 'cause that band… that kind of knocked me out of my '80s obsession. That was the band that brought me into the '90s and the magic of that. I remember… I think it was a couple of days after I met Joe [Hottinger, HALESTORM guitarist], he ended up giving me — back when you used to burn CDs — he gave me this kind of mixed tape of… there was 'Down On The Upside' and there was some stuff from 'Superunknown', and it blew my freaking mind, because I hadn't really dug into that band yet. And it literally… I think it helped shape our HALESTORM sound. This was in 2003 when we started kind of really getting it together."

She continued: "Nobody approached the microphone like [Chris] did. There was just this effortless… and all these different characters that he developed over records, which is something I always kind of go to. We're actually doing that in the studio now — we're, like, 'This about all the characters that Chris Cornell had and how he used them in every song.' There were a couple of different voices. And we discussed that even before he passed, we discussed this over the years."

Hale added: "It's just so sad to lose another one. He's such a great talent, and it's so incredibly heartbreaking that he's gone now."

Hale recently told a New Jersey radio station that the band would record a "secret project" before hitting the road last month with GODSMACK. 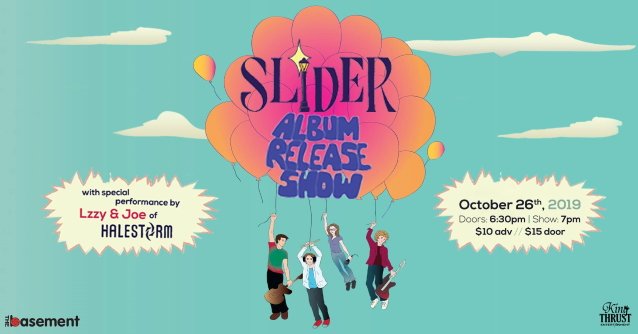