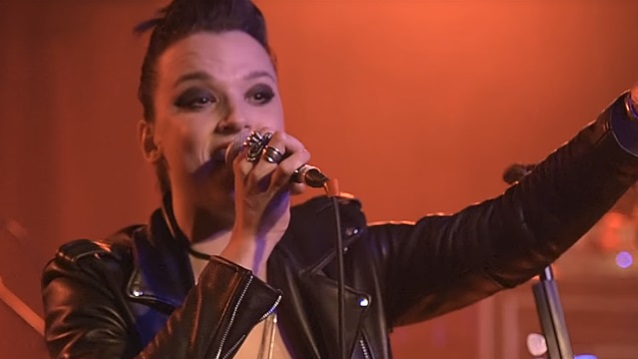 HALESTORM frontwoman Lzzy Hale joined Tennessee metallers DARK HOUND on stage on January 19 at The Basement in Nashville to perform a cover version of the MEGADETH classic "Trust". Fan-filmed video footage of her appearance can be seen below.

DARK HOUND's new album, "Dawning", was released on January 19. Stream and/or purchase it at this location.

Hale said in a 2011 interview that it is "fun" for HALESTORM to cover other artists' songs. "You have no idea how much you learn as a musician and as a singer and songwriter by learning somebody else's material and having to own it and make it your own; it's really like homework," she said. "You come out on the other side better for some reason, as a better musician."