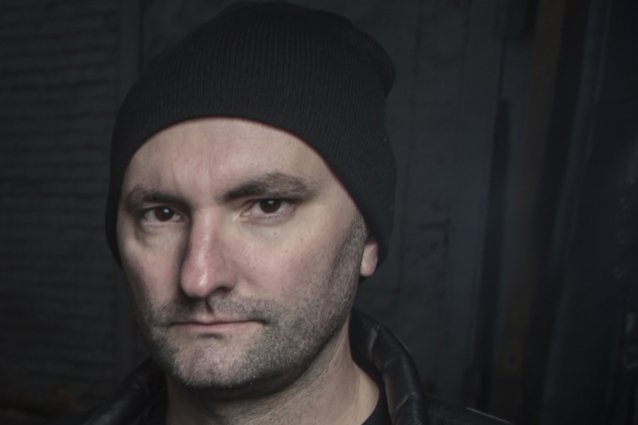 HATEBREED drummer Matt Byrne has uploaded a drum-playthrough video of his band's cover version of the SLAYER classic "Ghosts Of War". The song originally appeared on HATEBREED's 2009 covers album "For The Lions", which sold around 10,000 copies in the United States in its first week of release to debut at position No. 58 on The Billboard 200 chart.

Said Byrne: "Fun fact about this album, how it all came together. We actually started recording cover songs for it back in 2006 during the 'Supremacy' recording sessions. We were asked to do a song for a SICK OF IT ALL tribute album, so we did that cover. It was a lot of fun. We started doing a bunch of other covers. Next thing you know, we had a whole album's full of covers. We sat on it for a couple of years. There was an opportunity to put it out for the fans, so we added four more songs to the stuff that we already had, and there's 'For The Lions'."

HATEBREED guitarist Frank Novinec recently told the "Thunder Underground" podcast that he had no idea when the band's already-completed new album would be released. The disc was originally expected this spring via Nuclear Blast Records but has since been pushed back indefinitely due to the coronavirus pandemic that is sweeping the globe.

This past February, HATEBREED released its first new single in four years, "When The Blade Drops". The band stated at the time that the song was meant to be a standalone release and that it would not appear on the forthcoming LP.

"When The Blade Drops" arrived on the heels of the sold-out anniversary shows that HATEBREED embarked on throughout 2019 and the unprecedented success of 2016's "The Concrete Confessional". Not only did the latter tally 42 million total Spotify streams, but single "Looking Down The Barrel Of Today" also clocked 25 million-plus Spotify streams.