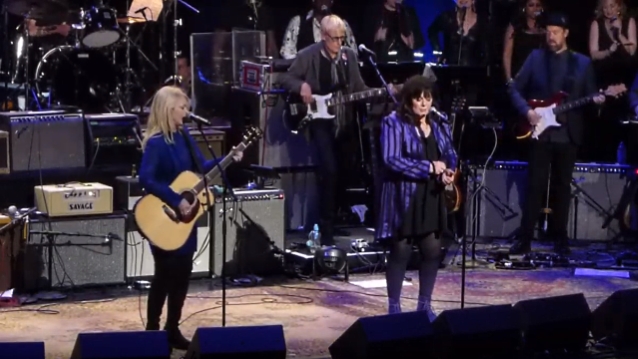 Nancy and Ann played "These Dreams" and "Crazy On You". At the show's end, they — along with Grace Potter, Nelson and Mahal — joined Plant for a rendition of Big Joe Turner's "Shake, Rattle and Roll". They also struck around for a rendition of TRAFFIC's "Feelin' Alright".

HEART will return to the road in 2019 for the "Love Alive" cross-country summer tour. Produced by Live Nation, the expansive 39-city outing by the trend-setting, multiple-platinum Rock And Roll Hall Of Fame legends kicks off Tuesday, July 9 at the Hollywood Casino Amphitheatre in St. Louis, Missouri and will make stops in Chicago, Atlanta, Houston, Denver and more, before wrapping September 9 at the famous Hollywood Bowl in Los Angeles, California.

HEART will be joined by JOAN JETT & THE BLACKHEARTS, Sheryl Crow and Brandi Carlile on the road this summer. Along with the stellar lineup, also appearing are Elle King and Lucie Silvas.

During an appearance on the "Let There Be Talk" podcast, Nancy spoke about the incident which caused HEART to go on a kind of hiatus for the past two years. "There was a family drama that was highly uncalled for and unnecessary and hurtful, and it was just one of those things that takes time to get past," she said. "So, a couple of years have gone by. It's not anything that Ann ever did wrong, or I ever did wrong, but it's just one of those family dramas that just happened, and it just kind of poisoned the atmosphere for a while there. So it's good. I've had a real positive feeling about now that I'm communicating directly more with Ann."

Asked who it was that made the initial contact about a possible reunion tour, Nancy said: "I've been sort of [reaching out to Ann] for a while, but she was kind of busy and, I think, scared to talk. And I kind of said, 'I'm not ever gonna confront you about anything, but there is this huge offer on the table, so we should talk — just the two of us.'" 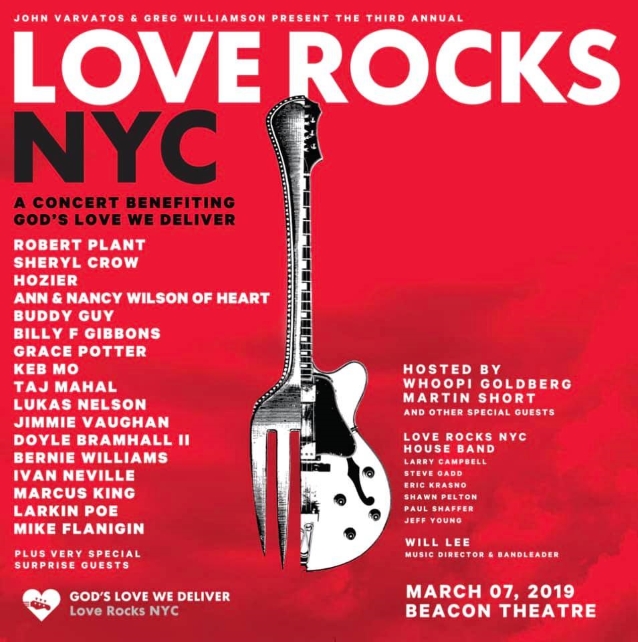