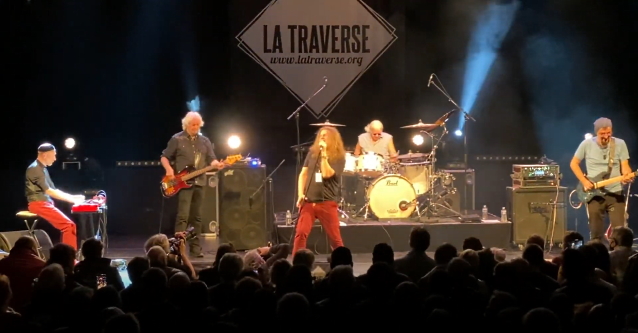 Fan-filmed video footage of DEEP PURPLE drummer Ian Paice and Neil Murray, a founding member of WHITESNAKE, performing with the DEEP PURPLE tribute band PURPENDICULAR on Friday, November 26 in Cleon, France can be seen below.

PURPENDICULAR was formed in October 2007 by Irish vocalist Robby Thomas Walsh. Walsh was born in Dublin and learned his trade from vocalists such as Ian Gillan, Robert Plant, David Coverdale, with a love for blues, rock n roll, hard rock, classical and soul. With over 25 years experience, he played in several semi pro bands before turning full professional with PURPENDICULAR.

Some consider Paice to be the forefather of today's rock drumming. Such hits as "Space Truckin'", "Hush", "Fireball" and "Smoke On The Water" prove that Ian was helping create a genre that would last many years to come. In fact, throughout DEEP PURPLE's long career, which has seen numerous changes among the other personnel, he is the only drummer the band has ever had. When the group dissolved in 1976, Ian joined PURPLE vocalist David Coverdale to form WHITESNAKE. After a short hiatus, DEEP PURPLE reunited in 1984 for the "Perfect Strangers" release and has not stopped performing since.

Last year, Paice was asked during a question-and-answer session with fans if he has ever felt the need to play double-bass drums. He responded: "Well, not really. The only time I ever really did it was on 'Fireball' because it added something to the track. The way the riff rolled along, it needed that power of two kicks.

Murray initially shot to fame in the late 1970s and 1980s with WHITESNAKE, where he contributed to hits such as "Here I Go Again", "Fool For Your Loving" and "Still Of The Night". Since that time, he has worked with a number of highly successful recording artists, including BLACK SABBATH, Gary Moore, Brian May and Michael Schenker, to mention a few. 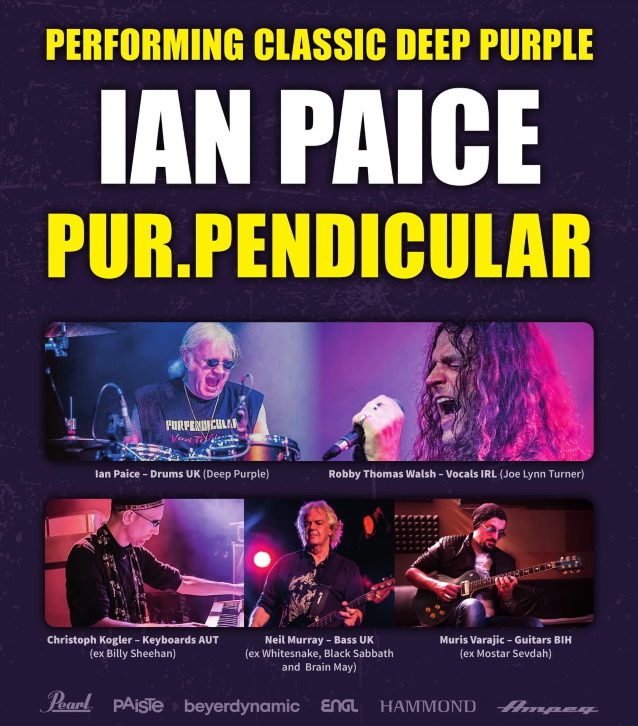