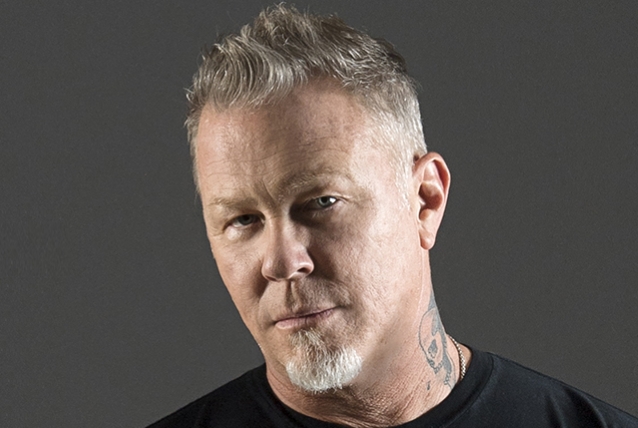 Earlier today, METALLICA shared a video of frontman James Hetfield rocking out and singing along to SLAYER's classic song "Angel Of Death" while driving in his car and flashing the "devil horns" hand gesture. James wrote in an accompanying message: "SLAYING makes me smile!"

In a 2013 interview with Decibel magazine, Hetfield paid tribute to late SLAYER guitarist Jeff Hannemann, saying: "I'm grateful to have been in the same lifetime as Jeff. We share common ground. One being shy kids that found music to speak for us. Also grateful to have shared the stage at the 'Big Four' celebrations. Ironically, one of the best metal riffs ever, 'Angel Of Death', has taken him to yet an even better place."

In a 2011 interview with Revolver, METALLICA drummer Lars Ulrich praised SLAYER's original skinsman Dave Lombardo, saying "when it comes to [thrash metal] drums, Dave Lombardo is, by far and away, God. There's no competitive edge [between the 'Big Four' bands], but if there was, Dave would win. Lombardo could kick the rest of our asses with just a whip of his little finger."