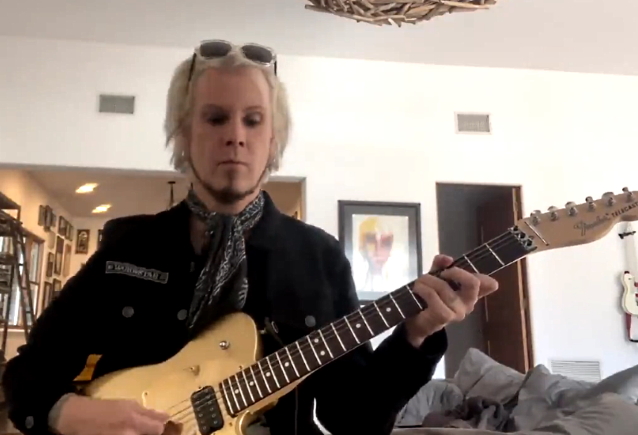 Former ROB ZOMBIE and MARILYN MANSON guitarist John 5 has uploaded a video of him playing along to "Girls, Girls, Girls", the title track of MÖTLEY CRÜE's sixth album, which was originally released in 1987. The 52-year-old rocker captioned the clip: "It's Motley Monday!"

The latest video share comes a little over a week after John 5 posted a video of him playing along to "Too Fast For Love", the title track of MÖTLEY CRÜE's debut album, which celebrated its 41st birthday on November 10.