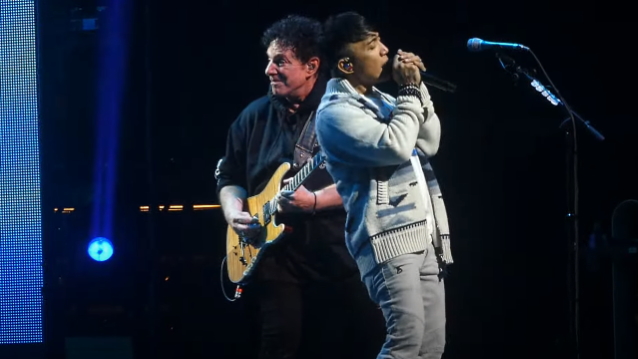 JOURNEY played the second show of its U.S. "Freedom" tour with TOTO last night (Wednesday, February 23) at Wells Fargo Center in Philadelphia, Pennsylvania. Fan-filmed video footage of the concert can be seen below.

JOURNEY has set "Freedom" as the title of its long-awaited new album, to be released later in the year. The LP will include the single "The Way We Used To Be", which came out last June. The song was the multi-platinum band's first new music since 2011's album "Eclipse", and the first track released by the band's revamped lineup. "The Way We Used To Be" marked Walden and Derlatka's first studio recordings with the band, and Jackson's first since 1986's "Raised On Radio". The song was produced by Walden at his Tarpan Studios, with co-production by Schon and keyboardist Jonathan Cain.