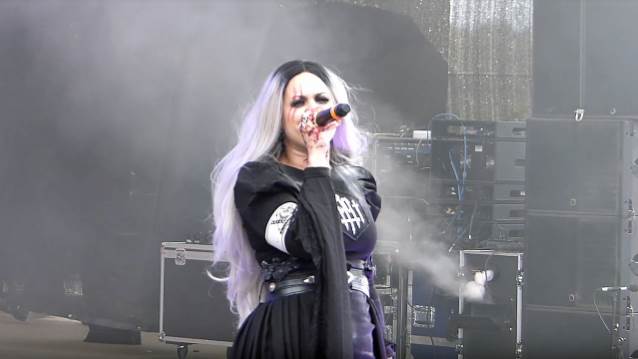 Fan-filmed video footage of LACUNA COIL's June 23 performance at the RockFels festival at Freilichtbühne Loreley in St. Goarshausen, Germany can be seen below.

LACUNA COIL celebrated the 20th anniversary of their debut by playing a very special show, dubbed "Nothing Stands In Our Way", on January 19 at London, England's O2 Forum Kentish Town. The unique extravaganza, which included visual effects, circus artists and enhanced stage production, was professionally filmed and recorded for future release.

"Nothing Stands In Our Way" is described as "the full 20-year story of the Italian gothfathers as told by the band in their own words. Illustrated throughout with rare and candid photographs, memorabilia and personal artefacts, it will see founding members Scabbia, Andrea Ferro and Marco Coti Zelati sifting through the birth, growth and full flowering of the band to tell 20 years of LACUNA COIL.

Ferro told the Impact metal channel last year that LACUNA COIL fans will have to wait until at least 2019 for the follow-up to 2016's "Delirium" album. 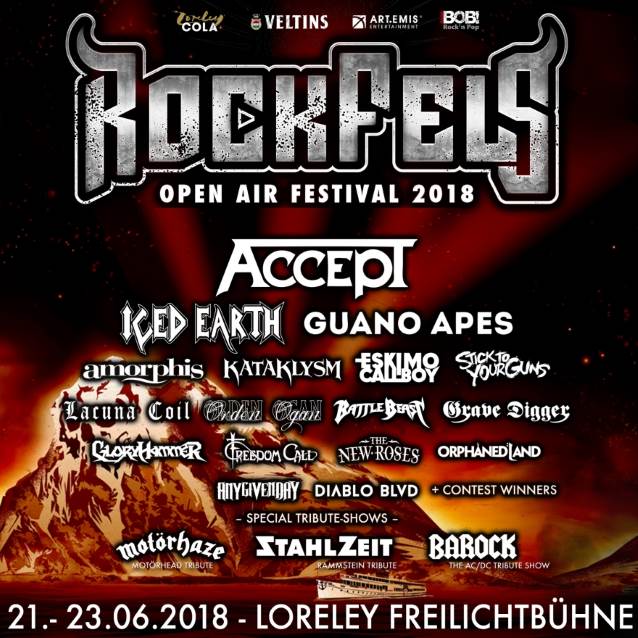