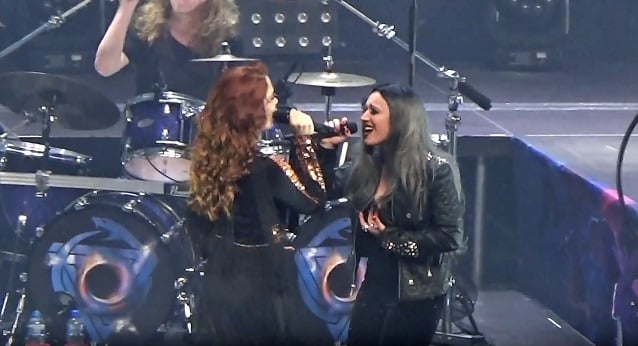 LACUNA COIL singer Cristina Scabbia joined EPICA on stage last night (Saturday, April 14) at the latter band's 1000th show at 013 in Tilburg, the Netherlands to perform the Dutch symphonic metal group's song "Storm The Sorrow". Fan-filmed video footage of her appearance can be seen below.

LACUNA COIL and EPICA joined forces for a month-long U.S. tour last September. Joining them on "The Ultimate Principle" trek were INSOMNIUM and ELANTRIS.

EPICA guitarist Mark Jansen said last week that "it won't take long" for the band to begin writing material for the follow-up to 2016's "The Holographic Principle" album.

EPICA's latest release was "The Solace System" EP, featuring six songs which were created during the sessions for "The Holographic Principle".

LACUNA COIL is continuing to tour in support of its latest album, "Delirium", which came out in 2016. 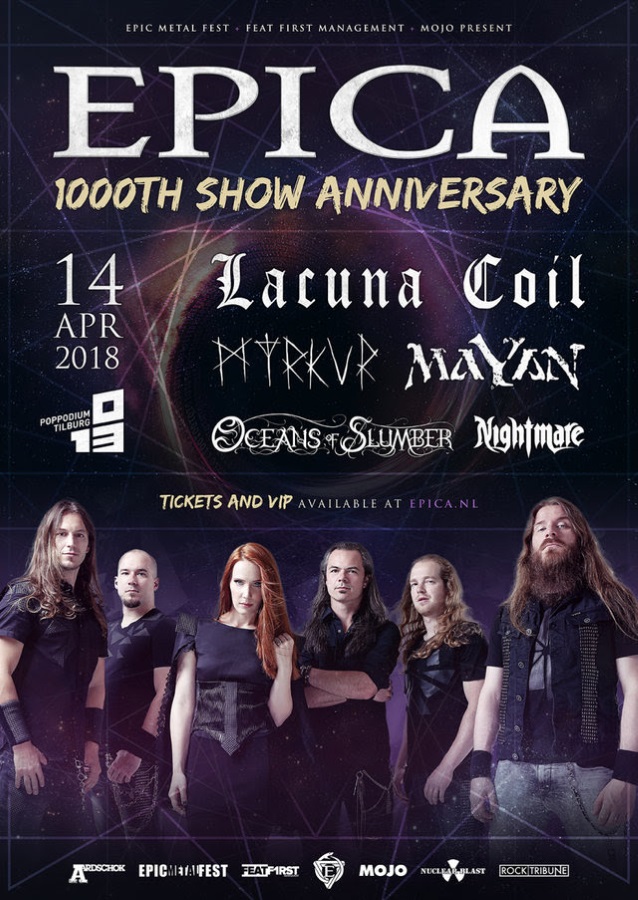