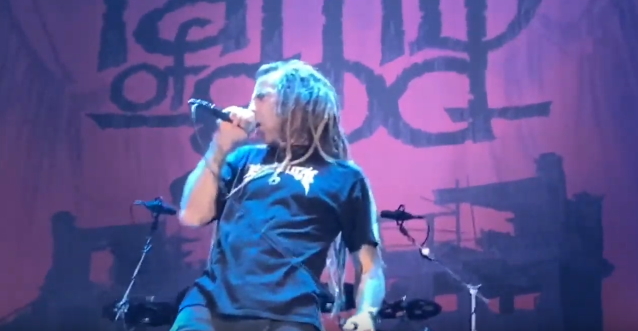 LAMB OF GOD kicked off "The Metal Tour Of The Year" with MEGADETH, TRIVIUM and HATEBREED last night (Friday, August 20) at the Germania Insurance Amphitheater in Austin, Texas. Fan-filmed video footage of LAMB OF GOD's performance can be viewed below.

During a appearance on the "Making Waves: The ShipRocked Podcast", LAMB OF GOD guitarist Mark Morton stated about "The Metal Tour Of The Year", which was originally scheduled to take place last year but was postponed due to the coronavirus pandemic: "It was gonna be summer of 2020, and, obviously, the lockdown happened, the COVID stuff happened. And that was a real drag — certainly for a lot of reasons bigger than missing a metal tour. But we were pretty jacked up about that. It's a big bill and it's an exciting bill and it's a great bill for heavy metal in general; it just brings a bunch of great bands together in big places. The fact that that still managed to stick together and can actually happen now is a thrill — it's exciting. It feels good to be able to realistically say we're doing this." 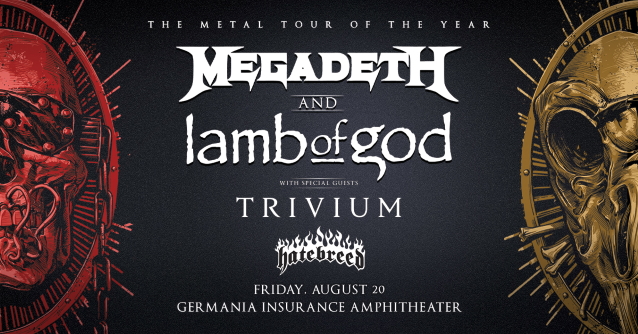