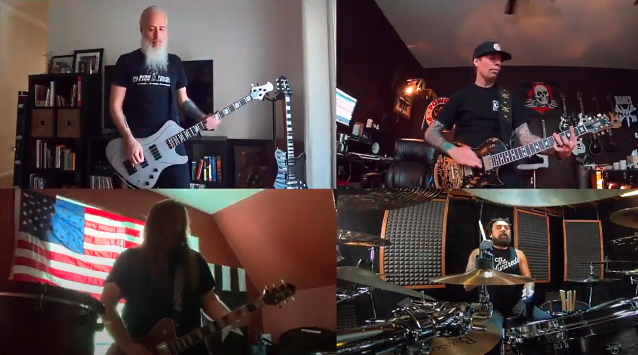 Watch LAMB OF GOD Perform Three Songs While In Quarantine

An Instagram Live and Reddit AMA with vocalist Randy Blythe are planned for later in the week.

As previously reported, the first leg of LAMB OF GOD's North American tour with MEGADETH, TRIVIUM and IN FLAMES is being rescheduled for 2021 due to the coronavirus pandemic which is sweeping the globe. The 55-date trek was slated to be split into two legs. The first leg of the tour was supposed to kick off June 12 at Jiffy Lube Live in Bristow, Virginia, and wrap August 1 at the Concord Pavilion in Concord, California. The second run was due to launch October 2 at iTHINK Financial Amphitheater in West Palm Beach, Florida, and conclude on November 13 at the Reno Events Center in Reno, Nevada.